After making some serious waves with his sci-fi vision of hard-hitting techno showcasing his production prowess with a handful of menacing industrial-influenced underground originals, Kill Script recently made his world debut with a set at Los Angeles’ Sound Nightclub proving once again he’s quite the force to be reckoned with for the remainder of 2021 and beyond.

Featured in the July edition of DJ Times’ On-Deck Circle, the once mysterious talent solidified our high praise as one of the most promising producers in the electronic dance music space with a relentless set showcasing what he is all about.

Unloading a steady barrage of bass dropping tunes from the likes of MOTVS, AKKI, Superstrobe and UMEK in addition to rinsing out his own originals and edits throughout.

While there is certainly new shortage of blossoming talent in the electronic dance music, Kill Script has proven to be a true techno titan who will soon be stepping behind the decks of the world’s biggest stages such as mainstage at this year’s EDC Las Vegas and EDC Orlando in November.

See what all the Kill Script hype is about by smashing that play button below and enjoy! 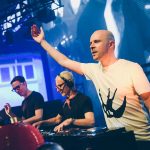 Above & Beyond Reunites With Justine Suissa For “Almost Home” 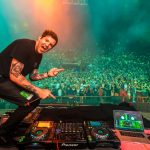