Andy Ebon, a guiding light in the DJ industry and a man of unimpeachable integrity, died today. He was 69. For the past several years he’d had health issues — a quadruple bypass two years ago among them.

At the time, we checked in on him and he said: “The surgeon put in two stents and I’m back in business.”

“Back in business” is a fine coda for Andy Ebon, a New Yorker who gravitated to the West Coast as a young man, where he quickly realized his shrewd business mind in a culture of “nice” had its advantages. “I return phone calls like a New Yorker,” he once said, “Within the hour.”

In the early days of DJ Expo, 30 years ago, Andy provided the show legitimacy and wisdom. We’re all better for knowing him, and if you didn’t, well, here are some words from those who did.

KC Kokoruz, from a DJ Times article in 2017 about mentors: “After I started my first DJ company, I attended the 1992 DJ Expo held in Chicago. It was there that I saw Andy Ebon speak for the first time. What impressed me was how little he talked about himself, and how much he simply spoke about the topic. He had obtained a level of business success for which I was striving.”

Twenty-five years later, KoKoruz says he still speaks with Ebon on a regular basis. “Andy Ebon helped me unlock my passion for marketing. He and I have said repeatedly that we both see the DJ industry through the eyes of sales and marketing, because you have to do the hustle to get the event before you can spin and rock it.”

DJ Jeff Chong: “I’ve known Andy for the past 33 years dating back to Spring of ’88 when he was scheduling the mobile DJ’s assignments with Music Masters in the SF Bay Area.
But prior to that, our paths had crossed some 10 years earlier in 1978. I was in Downtown San Franciso on Kearny Street and heard lively Disco music coming from an open window of the Hastings Mens store 3 floors up. After taking the elevator up to the 3rd floor, I could hear the party music even before the doors opened. As I drifted over to the DJ console, Andy introduced himself and said “Hi, I’m Andy Ebon with Music Man”. At that moment, I knew I needed to find out how to become a Mobile DJ. Shortly there after me and 3 of my friends started to DJ small garage parties.

Fast forward 10 years later, Andy and I reconnected via Music Masters, and by the end of 1988 he hired me, as his DJ company, Designer Music began to grow. I had the pleasure to work along side the most thoughtful, friendly, and gracious professional of all time.
Thank you for being such a positive mentor to me, and a motivation to all of us. Andy, you will be missed, but never forgotten.”

Randy Bartlett: “Long before most of you were in the DJ business, Andy Ebon was doing things to raise the level of professionalism for all of us, to help us be more respected by other wedding professionals. When I first began attending conventions 25 years ago, there were a handful of speakers there, some of whom were total posers and who are long gone, and a few of whom were the real deal. Andy quickly established himself as one of the real deal group and I sought him out to pick his brain.

I remember one conversation where we were discussing what kind of backup gear to bring to events. This was probably around 1992 or 1993 and even the concept of that level of professionalism was rarely heard. Backup gear? I made the point that I based my decisions on what to bring based on the likelihood of it going bad, so I always had backup cables and light bulbs for my rig, but the chances of the entire mixer going bad was pretty low, so I didn’t carry a backup mixer. Andy, in his wise beyond his years way, said, “Don’t look at the likelihood of it going bad. Look at the consequences of it going bad.” Wow. Simple. Direct. And dead on accurate. I was pretty green then, maybe five years in the business and being at conventions was still like drinking from a fire hose, but that moment stuck with me, as I told myself that other people can teach me a lot and that some of the best lessons were the simplest.”

Mike Walter: “Andy was a mentor.

Andy was a mensch

Andy was a fellow New York City expat and a fellow “long-suffering Mets Fan” and a fellow music lover and a fellow public speaker and so when we talked we could talk for hours. And we often did.

Andy was there for me during one of the most difficult times in my professional life, offering steady advice and sage wisdom.

Andy did not suffer fools gladly and I loved that about him.

Andy, thank you for your friendship. I’ll miss you terribly.” 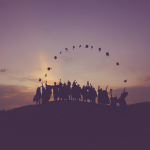 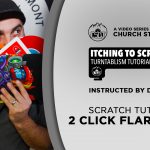