Now that so many DJs are back behind the console — welcome to the June 2021 edition of “Behind the Wedding Music,” a resource to help build wedding playlists.

A few newly released wedding songs from May 2021:

A pop rock vibe that will put love in the air during cocktail hour or dinner. The song represents finding your way home.

Notable Lyrics: “Don’t need to read my mind / There’s only one thing that I want / All roads will lead me back to you”.

Fun Facts: Arkells is a Canadian rock band that formed in Hamilton, Ontario. Their biggest hits thus far include “Leather Jacket”, “Private School”, and “Knocking at the Door”.

A song reminder to have a good time and to remember the weekends to take time off from work.

Notable Lyrics: “These are my dancing shoes / We paint the town / Ooh, you’re good / Thought I would dance with you”

A beautiful country love song perfect for a first dance.

Notable Lyrics: “I’m heartless ’cause I gave it to you / I’m selfish when I got my arms around you / I’m crazy / ‘Cause I’m crazy ’bout you”

Fun Facts: Another song that gained popularity through a TikTok share and forced Hart to go back to the studio to record a piano version for the complete full releases. Hart co-wrote “Hell Outta Me” , soon to be released by Dylan Scott.

A mid-tempo song that reminds you of moments you never want to forget – like your wedding day.

Notable Lyrics: “Wanna stay here forever / Cause I, I / I take a picture in my mind so we’re always together”

Fun Facts: The song will be released on their upcoming album Into The Mystery on July 30th. The lead singer of NEEDTOBREATHE, Bear Rinehart, was featured on Underwood’s recent gospel album My Savior.

A mid-tempo song that makes a great background song with a message of love and happiness.

Notable Lyrics: “Because when I’m in a room with you / That missing piece is found / You know when you’re by my side, darling / Nothing can bring us down”

Fun Facts: Vance Joy is not his real name: James Keogh. Earlier this year, Keogh collaborated with Marshmello and Benny Blanco for the single “You”. He launched the track with a chain of performances in the streets of Melbourne.

The song was actually played as a Father-Daughter dance song for Kraus’ dance with her father.

Fun Facts: Drew Baldridge married Katherine Kraus on May 7 and the song’s video features actual footage from their wedding.

A song about falling in love fast and being in love.

Notable Lyrics: “My reason for speedin’ home from work / My saving grace / My everything / I’ve never been more sure that you’re / My person”

Fun Facts: The song was first released in November 2020 on the album Wilderness. However, he had a huge fan following that requested a wedding version of the song to play at their wedding. So, Crandall obliged.

“I Do” is written from the man’s viewpoint who has found the woman he wants to spend the rest of his life with.

Fun Facts: The song is featured on Jackson’s 2021 album Where Have You Gone. The album also features a father daughter dance song titled “You’ll Always Be My Baby”.

A mid-tempo romantic pop song to add as background music.

Notable Lyrics: “Lovin’ you with the credits rollin’ / I’ll be feelin’ higher than the clouds / 20, 000 kisses from now”

Fun Facts: Metts was a top 7 finalist on the 2021 19th season of American Idol. He co-penned “20,000 Kisses” with Mark Irwin Abramson, and co-produced it with Ian Fitchuk. The top 7 artists all released songs before the finale for the first time.

The song’s video shows the Mother-Son dance at Lane’s wedding. A perfect selection to celebrate the love between a mother and son.

Notable Lyrics: “And she put her blood, sweat, and tears into raisin’ me / And maybe a little more / Thank the Lord, that’s what mamas are for”

Fun Facts: Lane released the song as an autobiographical tribute to his Mom as a Mother’s Day gift. Lane likes sharing music on special occasions as he shared his marriage proposal in 2019 along with his hit song “Big, Big Plans”. 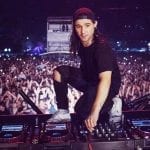 Skrillex Teams With Noisia, Josh Pan and Dylan Brady For “Supersonic (My Existence)” 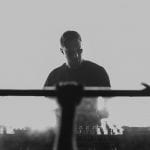