A rising star of the Southern California house scene, VNSSA has come a long way in a relatively short space of time.

Initially a drummer in local indie-rock bands, she switched to DJing and began performing at local clubs and house parties before releasing her debut single, “Do You Wanna Play” with Fantom Freq in 2018.

When the pandemic changed everything, VNSSA quickly realized she needed to adapt. Reclaiming control of her career, her Twitch live-streaming channel (Good TV) was born, featuring an alliance of artists who provide a source of creativity via weekly live sets and production tutorials.

Meanwhile, VNSSA also ramped up her studio output, culminating in the release of her latest dreamy house track, “Sinking,” with Lenny Kiser on Dirtybird. And now with the world opening up a bit, she looks forward to a new gig schedule, which will include an appearance at Atlanta’s Imagine Festival Sept. 17-19. We recently caught up with VNSSA (aka Vanessa Barnes) to discuss her pandemic pivot and more.

DJ Times: When lockdown first occurred, was live-streaming the first thought that came to mind and was Twitch an immediate choice?

VNSSA: I knew everyone would be trying to do something online, but didn’t know too much about Twitch – I thought it was more for video games than a platform for DJs to play on. Learning it all was pretty educational and a bit difficult to figure out at first, but once it started taking off, I knew it would stick around.

DJ Times: Did you encounter any technical problems or other issues?

VNSSA: At first, all you really think about is having a camera plugged into the sound, but when you open the programs you need to use with Twitch, like Streamlabs, it becomes a whole ordeal. I had to order a camera, a tripod, figure out the video bit rate and plug separate sound cards into my CDJs. But as long as the music comes through loud and clear, that’s all that really matters. I know that when I watch live-streams on Twitch, I’m usually listening while doing the laundry.

DJ Times: What can you tell us about the channel you created, Good TV?

VNSSA: I wanted to start a streaming collective with Walker & Royce, Justin Martin, Christian Martin and Ardalan where we’d all share a channel with our own little shows, promoting and helping each other as a team. We called it Good TV and feature DJ sets including other DJs three or four times a week. We’ve also had other people do takeovers for the weekend. DJ Heather was a part of it, Dantiez and Smalltown Pete, who does a talk show on Thursdays with DJ guests. Also, Walker & Royce have been doing some production tutorials.

DJ Times: Your live sets on YouTube via Insomniac Records seem to have much higher production standards than most live-streams…

VNSSA: Insomniac Records has its own station and has been doing things on a way bigger scale by getting artists to play streams that are themed to the different music festivals they throw. I played one called “Beyond Wonderland” in an empty club with the camera scrolling through all the decorations inside. Good TV is a little smaller; think public-access television [laughs].

DJ Times: How have you found the streaming experience compared to playing in front of live audiences?
VNSSA: I feel like it’s something I’ve had to get used to all over again because I already went through playing to empty clubs when I first started DJing. I feel a bit camera shy and nervous at times, but the Insomniac streams are really cool because they put you on these big club stages. Even though there’s no audience, it still feels like a real gig because of all the lights and the sound is so loud. When I stream on Twitch, it’s not super-loud or crazy, so I tend to play longer sets and get more into it. The people watching can chat, too, so I can read comments and interact, which is fun.

DJ Times: How important is that community element?

VNSSA: I was pleasantly surprised to have created this small online community because social media has taken a lot of that away from us. Instagram’s not really about uniting people – it’s about commerce. But Good TV has ended up being more about connecting fans who share a common interest, rather than just watching a DJ set.

VNSSA: At the beginning, it was really hard because I felt a bit depressed and lacking drive and inspiration. At a certain point, I had to just pull myself together, and now it’s really good because I’ve been experimenting with different genres that I wouldn’t normally. Like a lot of DJs, I’ve not been in the spirit to make big club bangers. I’ve been making deeper, moodier music and that’s expanded my horizons.

DJ Times: How did you go about it, then?

VNSSA: I had a hard time with my studio because I lived really close to my neighbours and, when everyone started working from home, I couldn’t because the music would be too loud. Now I’m finally in a good place and starting to dive into all the synths that I wasn’t able to experiment with. I’m finally using my Novation Peak, which I’m going to be using a lot on my music. I’ve also been using the Novation Bass Station 2 and Behringer TD-3, which is basically a knock-off of the Roland TB-303. That’s been on almost all of my tracks for the past three or four releases.

DJ Times: What can you tell us about your latest track, “Sinking,” with Lenny Kiser on Dirtybird?

VNSSA: Lenny’s a great producer and I play his stuff all the time. He hit me up to collaborate and I was really excited. So, we made four tracks that came together really fast then dialled in all the final details and narrowed it down to the best two for an EP out on Dirtybird.
DJ Times: The flipside, “Cue the Rhythm,” sounds very electro and computer gamey…

VNSSA: I like that [laughs]. It’s a breakbeat track and the drums are classic-’80s, vintage-sounding with a freestyle feel to them. “Sinking” is more of a dreamy house track, with ethereal synths and vocals.

DJ Times: Ultimately, how will club culture be affected by the pandemic?

VNSSA: I feel that a lot of people weren’t going to clubs with the right intentions. They were going to party and hook up with others who didn’t care about the music. Now I think a lot of that will be weeded out and people will just be there for the music.
DJ Times: Do you see still yourself using Twitch moving forward?

VNSSA: Yes, but probably a bit less because of all the time constraints of travelling. But I think Twitch is going to be around for a while, and a lot of shows and festivals will be live-streamed from now on. That’s kind of neat because not everybody can go to a festival. Some of the big DJs are going to take their experience with live-streaming and try to make it better from that perspective. 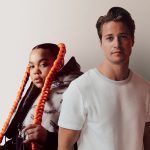 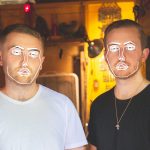 Disclosure Strikes Again With Club-Ready Single, “In My Arms”