It’s safe to say that, for most modern-day producers looking to create full-sounding, high-quality drum patterns, they aren’t all out looking for hardware drum machines. But to the VST-lovers out there, I do urge you to look outside of the DAW for a moment.

There are many options in this department, but for this review, I want to bring up two offerings from Roland that have a direct link to electronic-music history, plus they offer a certain ease of use. Hang with me.

One is Roland’s TR-6S Rhythm Performer, which is a smaller version of the Roland TR-8S, with the latter boasting six sound channels and ACB (Analog Circuit Behavior) recreation for the TR-606, TR-707, TR-808, and TR-909 on board. The other is Roland’s TR-06, which is the Boutique version of the original Roland TR-606. It’s fully recreated with ACB technology to sound and react to everything the way that the original 606 did, even down to the button layout and features. These two are quite impressive, but let’s break it down a little bit to help you better understand.

Features: Out of the box, these two units look completely different, but they function in a very similar way. Starting with the TR-6S… like I said, it has six channels with some moderately sturdy faders that move quite well. They can be a little clunky at times, but I like the feel of them overall. Each channel is labeled for the Bass Drum, Snare Drum, Low Tom, Hand Clap, Closed HiHat, and Open HiHat, along with a different-colored LCD outlining the edges of the area under the fader. Using those individual channels, you can use the instrument button on the right-hand side and change your sample or ACB sound on each to customize your own drum kits and such.

You can also use the kit button on the right-hand side to change any of the pre-made kits and hear all of the pre-made patterns that the machine comes loaded with. You can also use the PTN Select (Pattern Select) button on the left-hand side to see all the pre-loaded patterns; but it also can get to the open patterns, so you can make and save your own as well.

Running along the bottom of the unit is a very familiar sight – a lighted step sequence that changes its function, depending on which button is selected above. It includes options for A through H of different variations on each pattern, two options to do a roll on the fly for both 16th and 32nd notes, and one pad for each instrument channel above as well. The pads feel very nice, even though they are quite small. It is hard to use them like you would an MPC to play live (because of their size), but I’m sure it is something you can get used to.

The TR-REC function goes back quite far in the history of Roland and it is the main function button you would use when programming all of your drum patterns on the unit. With the three included greenlit knobs on the top of the unit, you can do so much more than you would think. The normal functions are for Tuning, Decay, and CTRL (which lets you customize a certain effect that is programed to each individual channel/instrument per kit). But using the shift key, you can also control the Reverb, Delay, and then get into the Master FX. Using the Master FX, you can dial in a whole suite of effects that really can take the drum sounds you pick and truly make them your own, while giving you the chance to record them in using Motion or play them in real-time.

On the back of the unit, there isn’t a lot, but still enough to impress. The SD card slot offers you the option to add your own .WAV files to it, so you can select them and make/save your own drum kits with your own samples on the unit. That is a truly useful tool for personalizing your production, playing your older songs live, taking your kits to a friends’ house, and personalizing the use of the TR-6S with it being a standalone unit. The rest of the back includes two ¼-inch main outs, a MIDI in/out, and a USB Type B port that you can use to power the unit when connected to a power brick or computer.

There is just so much you can do on this little machine, and I do have to say that I am really impressed by it with its inclusion of the ACB technology, the 16-step sequencer, the faders for each channel, and all of the effects that are on board. It’s the most solid modern drum machine of its size that I’ve had the chance to try out in many years. It’s an all-in-one unit that houses some of the most iconic drum sounds (re-created to act, react, and sound like its predecessors), while being innovative and special in its own right.

Now, on to the Roland TR-06, a very special run on the Boutique line of drum machines. The Boutique drum machines are close-to-exact digital re-creations of original Roland units from the past – these shaped the ones we have today, like the 6S above. This particular unit is an ACB re-creation of the bold Roland TR-606. Not a heavy seller in its day in comparison to some of its relatives, but a solid machine with sounds you still hear today in top productions by top artists. Boasting a 32-step sequencer that can have eight different variations per pattern, six different instruments, and going all the way up to 128 patterns, the TR-06 is a beastly little unit that can bring that vintage 606 sound to a modern set-up.

Coming out of the gate with an all-metal top and back of the machine, it brings a little weight and makes you feel like it’s more of a real instrument, compared to all the plastic ones you may come across. Now, the back of the unit and its casing are actually made of plastic, which is confusing – but not a dealbreaker in any way. On the bottom of the unit, inside the outer casing, you find a speaker that isn’t anything to write home about, but loud enough for practice – just really tinny and cheap-sounding to me.

The unit runs on four AA batteries, but can also be plugged in with a Micro USB B cable. The rest of the back of the unit includes a MIDI Out/In, a power switch, the previously mentioned Micro USB B port, a volume knob for the speaker, an ⅛-inch TRS output and input (Mix In), and a ⅛-inch headphone jack.

Now, looking onboard, you can really see where this unit shines – and you can enjoy all the extras that weren’t part of the original 606. I think that really comes out in the FX sections that you can have per each instrument. You get the opportunity to shape these sounds, because of the ACB Technology, really any way that you would like. Users have options like Tuning, Decay, Panning, Gain, Delay, Drive, the snappiness of the snare, and so much more that’s available through the menu button. These are fantastic for wanting to use the TR-06 in a live set-up because you can adjust and create any kind of sound on the fly that would suit so many different genres – it’s truly a universal machine in that regard.

Three more features added would be the Sub Step options, Step Loop, and the Probability, which are really cool because you can get so much variance with them. The Sub Step lets you divide your note values into smaller divisions that you wouldn’t normally find on a 606 and create different drum patterns. The Step Loop is great for on-the-fly playing because you can press a note and it will essentially create a drum fill based upon where the note falls. The Probability is talking about the chances of an individual note coming in on that individual step that you changed the setting for. Default, they come in 100-percent of the time; but by decreasing that, you can make your patterns a bit more varied each time around. All three of these features really make the TR-06 something special and fun to just mess around with, creating something off the cuff.

Also worth noting is the set of inputs and outs on the front of the unit – the Trigger Ins and Trigger Outs. Using a patch cable, you can send the signal from the Bass Drum, Snare Drum, Low Tom, and High Tom to any other unit that has Trigger-In abilities, like the Roland TB-03 synthesizer, for instance. Doing this will cause the other machine to create sounds based on whatever input is coming from the TR-06.

This can be really fun, and it can create sounds and patterns that you wouldn’t have ever considered on your own. The Trigger In for the TR-06 is mainly for clocking and keeping track of tempo; but you can also use it for effects that are available to really change things up, based on whatever inputs it receives, as well. It’s quite impressive.

In Use: Starting with the TR-06… in my view, this unit would be best utilized in a live set-up connected through MIDI along with other MIDI devices (synthesizers, drum machines, FX units, etc.) for a few reasons. Mainly, all of the unit’s crazy performance effects really stand out and they define its use in a lot of ways. Also, with the trigger in/outs, it feels like it would favor being used in a live setting over anything else. You can do so much with that feature alone and it would be so much fun to create on the fly and play live like that.

Regarding the TR-6S… in my opinion, it would be best used in a studio. It has so many ways to customize each individual sound right in front of you. It has the SD card to build your own specific drum kits and play them on a machine to get the feel, and it has dual ¼-inch outputs for stereo.

While I believe the TR-6S is best used in a studio setting, it definitely doesn’t mean that it wouldn’t be effective in a live situation. There are great reasons that this could be useful in a live session – like all the effects, the rolls, the fills, and the fantastic array of sounds that come pre-loaded. It’s a versatile piece.

Conclusions: Coming in at $409.99 street price, the Roland TR-6S is a small machine with a big sound. It offers many options, effects, on-the-fly performance effects, and so much more that really set it apart from many others. With the 606, 707, 808, and 909 sounds recreated in one machine, it’s just something that should not be missed for lovers of drum machines… or for producers who want to add some flavor to their productions.

The Roland TR-06, now street-priced at $399.99, is a solid recreation of a classic machine loved by many, especially after its initial release. It appeals to those who loved the original and want an upgrade to that; but it also appeals to any producers who want to add that original 606 sound to their rig for on-the-fly or in-studio production.

In my view, each of these machines is well worth the price – they bring everything I would expect to the table, plus a little more. So, if you are seeking a drum machine for your live or studio set-up, one or both units would be welcome additions. 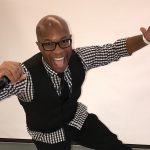 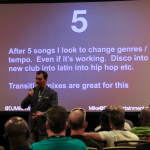