Mike Walter kicked off the 2021 DJX with his seminar, “Get With the Programming,” where he talked about what he looks for in remixes.

A good remix: “I use a lot of remixes, okay, I’m not the greatest mixer in the world so remixes really help me. What I look for in a good remix is a good clean 32 beat intro. I look for something that stays fairly true to the original. I’m not into playing some deep remix that people say ‘What song is this that you’re playing?’ I want to stay fairly true to the original.”

“I like a remix that punches up the original beat to make it slightly more danceable, and also fixes BPM stray — which isn’t a problem with any song in the last 40 years but we all know with disco songs and Motown songs, the drummer either slows down because he was getting tired, or he got faster because the cocaine was kicking in, and then we go from like a 117 to 120.”

Cold endings. “They’re great for slamming and also changing directions. In my opinion, one of the greatest all time cold endings is ‘You Shook Me All Night Long,’ epic energy and stops on a dime. If I want to beat mix out of ‘You Shook Me,’ I do it on the guitar solo. If I haven’t mixed out by the guitar solo, then I let the big ending finish. Now that doesn’t mean I can’t stick with the 127 BPM, but it gives me the opportunity to go different directions.”

Hype remixes. “I can’t stand them. I’m the only hype man at our events. This is one of the reasons why I like DMS (Direct Music Service), because they tell you in their descriptions if it’s a hype intro or not.” 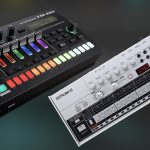 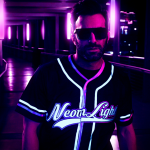 With a String of Dance-Radio Smashes, LODATO’s on a Hitting Streak