If there was ever a cross between a flight deck and a piece of DJ gear, this might be it. Although not a lot has changed since its first-generation, RANE’s SEVENTY-TWO MKII is one of the most feature-packed and thorough DJ mixers I’ve ever used. Despite having so many features, it doesn’t feel intimidating or overly complex. It’s as complicated as you want it to be: the first few times I used it, I was able to use it like any other 2-channel battle mixer. However, as I played with it more, I began to discover new features and ways to interact with my music. I probably would not recommend this for someone’s first DJ mixer, but I also don’t think intermediate or experienced DJs should be scared of the SEVENTY-TWO MKII.

Arguably the most important part of any battle mixer are the faders, and the SEVENTY-TWO MKII does not disappoint in this arena. Both line faders and the crossfader use RANE’s contactless Mag Four fader, and there are almost an unlimited number of options for fader customization on the front of the unit. DJs can control contour and reverse the directionality of all three faders. Additionally, the crossfader has a hardware tension knob, and I was able to dial in my desired level of resistance. Straight out of the box, the line faders seemed well-balanced, and I didn’t miss having tension adjustment knobs for the line faders. Just above the fader section are eight MPC-style RGB-backlit performance pads. When the mixer is connected to Serato DJ, these pads control a number of different software features, including cues, loops, slicer, sampler, and pitch play. Even when the mixer is not connected to DJ software, the pads can still trigger several different types of hardware effects. Both software and hardware effects can also be triggered by the two aluminum paddles: pulling them down temporarily activates an effect, while pushing them up locks in an effect. As with other mixers in this class, each channel features a 3-band EQ and a high/low pass filter on each channel.

The centerpiece of the SEVENTY-TWO MKII has to be the 4.3-inch, full-color touchscreen between the two channels. When the mixer is connected to Serato DJ, users can browse and load tracks, view track waveforms, and control various features within Serato DJ. (Like the TWELVE MKII, this unit also works with VirtualDJ and Traktor, although the screen functionality is limited with the latter software.) My favorite feature is touch effects, which turns the screen into an X-Y pad that controls effect time and a high/low pass filter. Interestingly, even when the mixer is not connected to software, the mixer and the screens still proved useful: I could still control the onboard effects with the paddles or with the touchscreen, and the mixer certainly didn’t feel underwhelming without DJ software.

The SEVENTY-TWO MKII packs just about every possible input and output under the sun. There are two mic inputs on combo jacks, and both mic inputs can run line-level sources and have dedicated volume and tone controls. Each main channel has a switchable phono/line level input on RCA jacks and an auxiliary input on RCA jacks – using a knob at the top of each channel, DJs can select whether the channel is controlling a software deck from USB A or USB B, an analog line phono or line-level source, or the auxiliary source.

Above the channel inputs, there are two grounding pins for turntables. There is a session in and out on RCA jacks, a booth monitor output on TRS jacks, and a master output for XLR cables. Each of these outputs has a dedicated volume knob, which is a blessing for DJs who perform on large stages or nightclubs.

The SEVENTY-TWO MKII also has two USB type B ports for connecting the device to a maximum of two computers running DJ software and two USB type A ports to connect other devices. I thought the extra USB type A ports were a really nice touch. Plugging in the SEVENTY-TWO MKII mixer and two TWELVE MKII controllers occupies three USB ports on a computer; however, with these two built-in ports, I can connect the mixer and two controllers to my laptop with just a single connection. Like the TWELVE MKII, the mixer is powered by an IEC cable. There are two headphone connections – one 1/8-inch jack and one ¼-inch jack – that can be sent signal from any individual channel or the master output.

The killer feature is the screen. Being able to browse my library and load tracks directly from the mixer means I can be more engaged with my dancefloor and spend less time staring into a laptop. For many years, RANE has led the pack when it comes to battle and scratch mixers and, judging by the SEVENTY-TWO MKII, the future looks bright. 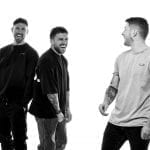 Cristoph Teams With Franky Wah & Artche For “The World You See” 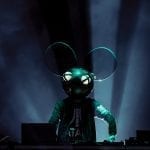