Love is in the air! Here is the August 2021 edition of “Behind the Wedding Music,” a resource to help build wedding playlists for DJs. Each month we will highlight new songs and include a line of song lyrics, a description of the song’s emotional profile, and a few fun facts — designed to help you advise a wedding couple if they’re looking for something fresh in their playlist.

Even though the song does not feature in love lyrics, the song’s vibe and superstar musicians make this song an instant hit.

Fun Facts: The song “Leave the Door Open” was released March 5, 2021. I could not find an official release date for their upcoming album titled “”An Evening With Silk Sonic” but you know it will be fire!

Even though the original song did not reach number one on the Billboard Hot 100, it spent 7 consecutive weeks at number 2. A great cover to play as a background song during cocktail hour that everyone will recognize!

Fun Facts: Blues Traveler’s biggest hit thus far was released in 1994 titled “Run-Around” and has amassed more than 76 million plays on Spotify. The song “Crazy” was written with the premise that the artist was jokingly discussing ways in which we could make people think we were crazy.

First released by Bon Jovi in 1986, this song would make for a great wedding recessional song for hair band fans.

Notable Lyrics: This is an instrumental song.

Fun Facts: The song is set to be released on their new album titled “Dedicated” on September 17, 2021. One of the members of 2Cellos is HAUSER. Check out his solo performances for wedding ceremony music too. HAUSER’s “Air on a G String” has nearly 10 million plays on Spotify.

A beautiful dedication song for a Mother from her Son as a Mother-Son dance song at weddings..

Notable Lyrics: “I ain’t been yet, but I’ve got a glimpse of Heaven / ‘Cause Mama ain’t Jesus / But she’s a close second”

“Headspace” was released as part of their “The Best of Dirty Heads” album. The song produces great summer vibes for background listening.

Notable Lyrics: “I don’t wanna lose you / Everything that you do / Keep me in that good headspace”

Fun Facts: Dirty Heads became part of the TikTok virility with their song “Vacation”. The song was behind the universal #VacationTransition challenge that is approaching 2 billion views. The band released a new version of the song “Vacation” featuring PatMonahan of Train.

A song that describes the man that she is with will be her forever man.

Fun Facts: Another love song released by James “Fall For You” was released in 2014 and remains a popular wedding song. It has surpassed 21 million plays on Spotify.

The song talks about that feeling of completion you get when you are blessed with a soul mate or special person in your life.

Notable Lyrics: “And it’s all because of you / I’m feeling so Blessed, Blessed, Yeah Blessed / To be loved by you”

Fun Facts: Hil St. Soul and Noel Gourdin first collaborated in 2014 on the song “No Worries.” Hilary Mwelwa (Hil St. Soul) moved from Lusaka, Zambia, to England when she was 5 years old.

A song about finding the person you want to spend the rest of your life with.

Notable Lyrics: “I’m through waiting, taking my time / Never felt like this before / Take my name and make it yours”

Fun Facts: Another song released by Parmalee is relationship focused titled “Just The Way” with Blanco Brown. The song peaked at number 5 on the Billboard Hot 100. The band’s biggest hit “Carolina” reached #2.

This mid tempo song is many love songs all wrapped into one.

Notable Lyrics: “When you say nothing at all / Girl, put your records on / Let me love you like an old love song”

Fun Facts: Luke Combs is one of the co-writers on the song “Old Love Song”. The song pays tribute to many other songs including Al Green’s “Let’s Stay Together,” Randy Travis’ “Forever and Ever, Amen,” Ben E. King’s “Stand By Me,” Tom Petty’s “Free Fallin’,” Keith Whitley’s “When You Say Nothing at All,” Corinne Bailey Rae’s “Girl, Put Your Records On”, Brian McKnight’s “Back at One,” Aerosmith’s “I Don’t Want to Miss a Thing” and Marvin Gaye’s “Let’s Get It On”.

Just for Basketball fans that want a themed entrance song as they enter into the reception venue should check out this song.

Notable Lyrics: “Hey, hey / We walkin’ with a new attitude / Hey, hey / We fresher than a new pair of shoes / Oh, Lord / And when we step in a room, hold on baby, the crowd go crazy”

Fun Facts: The song is featured on the Space Jam: A New Legacy Soundtrack. The movie was released on July 16th and topped the box office the week of release and features Lebron James. The original Space Jam was released in 1996 and featured Michael Jordan. 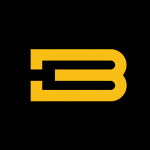 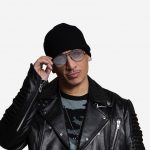