Scott Siewert of Full Tilt DJ & Photo has been spinning in Wisconsin’s capital city since the beginning of the Reagan Administration and making a living on the wedding circuit. But like many other jocks, this year really tested him – gigs were down and he caught COVID-19. He’s a DJ with some perspective, so we asked him for some during these challenging times.

You’ve been in the business for 39 years. What are the keys to staying in the game that long?

Always exceed expectations of the client. Always put 150-percent of your heart and soul into, not only the production part of your performance, but also the other things that the client doesn’t see. Network, network and more networking. Be nice to people. Make sure they know you care. Lastly, surround yourself by great people that are supportive.

When you started your business, did you think of it as a long-term play?

In 1981, I never dreamed that I would be entertaining 25th anniversaries of my original bride and grooms. I also never dreamed that I would be spinning so many of their kids’ weddings. It was just a way to have fun and meet people. I took a business approach in 1988 when I quit my full-time day job to jump into entertaining full-time. I took out the biggest advertisement in the Yellow Pages – way before the internet – and things exploded. I had no choice but to become serious at that point.

Have you always been single-op?

I started out as a single-op in 1981. Around 1986, I started hiring DJs from the local clubs to work for me. I had the best of the best. From about 1986 to 1989, I had three people doing performances for me, mostly weddings. In 1989, with the Yellow Pages advertisement, things exploded. I was one of just a handful of DJs in the Madison, Wisconsin market. I built Full Tilt DJ up to 20 employees and many Saturday nights we had 12 to 14 productions out at the same time. Our peak year, we had 660 performances. Then Mark Ferrell [of MarBecca Workshops] touched my world and I started downsizing after doubling my rates overnight.

How’d that work out?

Pretty well, so the next year, I doubled my rates again. I didn’t want to be the biggest DJ company – I wanted to be the best! Every year since, I have downsized. Now I only have a few people that do performances under my label, but the performances are all over the U.S. now. I’ve also been fortunate to play some international dates in Mexico, Canada, Turkey and Poland.

This year, 2020, has been a struggle for everybody. How have you been dealing with it?

Like so many others in the industry, I only had a quarter of the performances this year as last. It’s been brutal. To make it even worse, I caught COVID-19 at a wedding in September. For 10 days, I was wiped out beyond belief. After this experience, I scaled back even more on some of my interactive activities and replaced some of the interactive with one of the best mixers in the country. His name is Rick Jules out of Milwaukee. He is the DJ for the Milwaukee Bucks and Brewers. Since things were slow for him, too – because of COVID – I was lucky enough to book him to double-team with me on all my remaining weddings. His unbelievable mixing skills have filled the void of the interactive stuff removed from my productions. I do believe our productions are at a whole new level. He mixes and I’m the frontman with the microphone.

Believe it or not, I’m 70-percent MiniDisc and 30-percent SD card. Why? My performances are usually programmed going in – I have 5,000 songs and they’re the right 5,000. MiniDiscs are played thru two Sony MDS-101 units. I also have an American Audio SDJ1 dual SD-card player and the matching mixer – an American Audio Q-SD mixer that has an SD input.

I’ve been using the Electro-Voice EVOLVE 50 portable column speaker system for the past 18 months. I also have many Mackie SRM-450 active speakers. For microphone, I use a Shure ULXS wireless system with a BETA 58A mic. Among my lighting pieces, I use a Chauvet DJ GigBAR and a Colorado Sound N’ Light GigBox.

It has been a yo-yo ride with our current governor’s restrictions. Some counties are open and others are not. I don’t think anyone really knows what to expect for next year. Some brides are hesitant on booking because they don’t know if things will be shut down. Many brides also are worried about their guests being exposed to COVID as well. These factors will not get better until a vaccine is out. I try to be an optimist, but I am much more realist and survivalist! The survivor skills have to kick in now… maybe a job welding for my first time since 1989. The one blessing is my overhead is super-low! 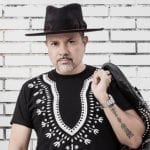 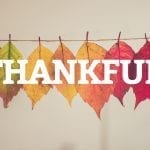 What to Be Thankful For: Moving Beyond 2020