Crazy and dysfunctional weddings are a challenge, but these DJs rose to the occasion.

Hammered bride
Crazy wedding I DJ’d tonight. Bride was so hammered from the party bus that she couldn’t make it through the speeches without having to go outside to throw up. Had to call an audible and have an “intermission” while figuring out if she would come back. Didn’t even get to cut the cake or have her 1st dance. She was passed out in the bridal suite the entire night! I ended up being forced into starting the dance at 7:30 and most of the older guests left after about 30 minutes after she didn’t return. Managed to still have a great dance floor and the groom had fun (as much as he could’ve). Such a stressful night! — Casey John

Martial arts — or marital arts?
Groom downed 2 Long Island iced teas and wanted a third one and the bartender informed him that he could not serve him a third one as it was policy that all 5 liquor drinks were a 2 drink maximum in a 4 hour period and their is a sign posted and he says well I’m the groom that doesn’t apply to me already slurring his speech (I haven’t started yet I’m still setting up) bartender says I’m sorry but the sign doesn’t make any exceptions and I’m not losing my job because you can’t follow the rules. So the groom being about 6 foot 6 decides he’s going to punch 5 foot 10ish bartender in the face. Groom shouldn’t have been so quick to think size matters the bartender is a 7th black belt in some sort of marshal arts. Down goes the groom. Cops are called a huge argument breaks out between the families and the hotel management next thing I know I’m being told to pack up and go home the wedding is not happening tonight and the manager handed me my check (hotel booked me directly). I’m loading up and I see a bunch of suitcases lined up outside they also got thrown out of the hotel. — Mark Paquin

Slow songs — no!
Had a wedding that went perfect until I slowed it down. Where I was set up I could look into the lobby, so all of a sudden I see the bride fall out the ladies room and like clockwork in the air flying and landing on top of her was the mother of the groom. They fight for a little bit until the bridal party and guest break it up. After some crazy language being exchanged, the groom comes over to me and asked for the mic. Proceeds to tell everyone to get the F___ out. If yall could have seen the faces. Needless to say it was over and they divorced like two months later. Had no idea that was coming it was a great day until then….damn slow songs.— Reggie Bellamy

Snooze you lose
At the first gay male wedding we ever did, we played entry into first dance (becoming more common at Cocktail weddings here in Australia). After the first dance, one of the grooms was so hammered he fell over, then struggled to get up so decided he’d take a nap near the dancefloor. Didn’t wake up till near the end…missed everything.— Adam Warbrick

Mace in the face
The event was over and i am packing up and the bride comes screaming back inside followed by a couple of bridesmaids that she was maced in the face. Apparently a cousin and a guest were fighting outside in the parking lot and she tried to intervene and got sprayed with mace. About 10 minutes later still packing up, here comes an ambulance because the guest got a beatdown.— Dave Holmes

Narco party
About 20 years ago, I had a wedding party (about 12 people) that were all coke heads. After 1st dance, everyone at head table went up to the room in the hotel to snort some more. Their meals sat on the table the entire night. None of them ate anything. When it was time for special dances, the groom came back down to dance with his mom (I had the room captain summon him). The bride refused to come down to dance with her dad because she was so sky high. Most of the crowd danced and a six hour reception lasted only 4+ hours. Afterward, they invited me up to the room to do some “snow”, but I declined.— Lex Belmonte

Ibuprofen + tequila = no good
Had a bride snap her ankle during the songs before the first dance (party rock anthem into a hora). She assumed it was sprained so her bridesmaids were giving her ibuprofen and tequila shots for the pain while we stalled. She was sloshed come time for dinner, had to be propped up for cake cutting and was passed out in her room before the dancefloor opened.— Nicollo Maddalone 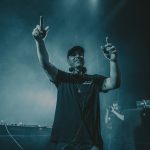 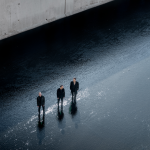