Welcome to the July 2021 edition of “Behind the Wedding Music,” a resource to help build wedding playlists for DJs.

“Love Music” is a hip hop love story in which Lil Yachty expresses his gratitude over a long-term romance, from high school dances to marriage.

Notable Lyrics: “I dreamed of you last night / You had on a big ole gown and a wedding ring / You were my wife”

Fun Facts: The video for the song is a visualizer of the track’s sketched black-and-white artwork. Lil Yachty is working on a new series for HBO Max based on the “UNO” card game.

An airy summer pop song to play as a background song during the cocktail hour to put love in the air.

Notable Lyrics: “I won’t stop getting butterflies, I /Get ’em every time / I look into your eyes”

Fun Facts: MAX used “Lights Down Low”to propose to his wife in 2016, his first big hit. Now, MAX renewed his vows to “Butterflies”.

This song reminds me of Jordan Davis’ song “Slow Dance In A Parking Lot”. Every couple in love wishes they had the type of love they danced in the parking lot or in the kitchen together.

Notable Lyrics: “Now we’re moving like we’re on the moon / Dom Pérignon drip on our shoes / We could fly around the world, but we always end up / Dancing in the kitchen”

Fun Facts: “Dancing in the Kitchen” will be released on their upcoming album titled era. It is a followup to their album Mama’s Boy in 2020 that features love songs “You!” and “Nobody Else”.

The original song was released on June 8, 2021. The remake is more of a toned down rock song infused with pop overtones that should make rockers and Grandma happy.

Notable Lyrics: “This is our last time / I’ve made up my mind / I’ve waited a lifetime to live / It’s time to ignite”

Fun Facts: The Foo Fighters are back on the road with their next date at the Forum in Los Angeles on July 17th. You can see all tour dates here.

A mid-tempo country song that will fill the air with love.

Notable Lyrics: “The way I feel, I know I always will / I am yours, you are mine, love is real”

Fun Facts: Evans is the husband of Kelsea Ballerini. He has released other love songs including “Kiss Somebody”, “Dance With Me” (featuring Kelsea Ballerini) and “I Do”.

English rapper KSI released a summer love song that you can enjoy in the sunshine with drinks in your hand.

Notable Lyrics: “And every moment we’re together / I remember just to keep it all for you and I”

Fun Facts: KSI is also a professional boxer and fought Joe Weller and Logan Paul. His boxing nickname is The Nightmare.

The full production song was first released on April 23, 2021. This acoustic version of the song would be a romantic first dance song or wedding ceremony song.

Fun Facts: Platt released a cover version of the song “You and I” by Lady Gaga, as part of the 10th Anniversary of the “Born This Way” album.

The song describes love that he is longing for and is asking to be rescued from it and given the love he desires. He can be her superhero in the end.

Notable Lyrics: “What’s it matter if I save the world? / If you don’t promise me / Before you take this ring / And rescue me”

Fun Facts: The song is pre-released before the complete Famous Friends album is expected to be released on August 6, 2021. The album already includes hits “Famous Friends” and “Drowning”.

Scott describes biblical as “an unquantifiable love, a love beyond description or measure, a love of biblical proportions that transcends everyone and everything”.

Notable Lyrics: “So won’t you give me tonight / And the rest of your life? / I wanna have it all with you”

Fun Facts: This is the first song to be released after his initial album Only Human. From the first album is the blockbuster wedding song “You Are The Reason” released as a solo song and as a duet with Leona Lewis.

The song speaks of wanting the kind of love that her Father has for her Mother and their relationship.

Notable Lyrics: “And if he lives up to my father / Maybe he could teach our daughter / What it takes to love a queen / She should know she’s royalty”

Fun Facts: While at home and not able to tour, Jax posted a piano cover of the song “Stacy’s Mom” by the Fountains of Wayne from the POV of the Mom. Well, it went viral on TikTok. 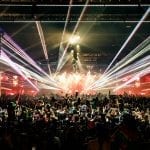 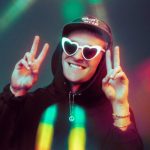