With a combination of hip hop swagger and explosive bass music aesthetics, Australian duo Hermitude has become a force to be reckoned with since the release of their HyperParadise LP in 2012. The album later went on to win an Australian Music Prize, with significant commercial success to match the critical acclaim.

Now, the pair is embarking on a North American tour to coincide with the release of their new single “Through The Roof” with Young Tapz. In between their tour dates and working on a new album due this May, the duo caught up with DJ Times to share their top five production for fellow producers.

1. GET TWO SOUNDS OUT OF THE ONE DRUM SOUND

To keep your drums interesting, it can be nice to add little subtleties to your hats or snares. Try copying your HH or SNARE to another pad/cell and adjusting the pitch envelope so you get a slightly different tone to the attack. You can retain the sound, but it has a slight hint of difference, just like a real drummer would.

2. LAYER UP YOUR SYNTH LEADS

Fatten up your lead sounds by adding a few layers. Sometimes adding a sampled tone underneath can give it warmth or body. Try adding a sound with lots of tops and all the bottom rolled out so it really shines. Unison mapping is good, but try messing around with different octaves to get your desired effect.

Sometimes to get that drum track really swinging you gotta get your hands dirty! Set up a mic, get in the booth, and record that shaker or cabasa or tambourine or whatever it is. Nothing like a human feel to inject some life into your drums.

4. WIDEN UP YOUR SYNTH (OR ANYTHING REALLY)

Want those synth chords to be nice and wide? Split a stereo track so it’s now two mono tracks or copy a mono track to another channel, then move either one forward or back in the timeline/sequence by a few milliseconds—maybe say 10 to start with. Pan out the tracks to the opposite sides and add a different EQ to one of them, and maybe cut some tops on the left and boost some on the right. You should have a nice wide stereo image going on. Have a listen in the mix and adjust the milliseconds to taste.

This tip isn’t so much to do with equipment but more to do with the writing process and time management. Try to keep the creative juices flowing by ignoring the urge to find the perfect snare or EQ the bass when your in writing mode. Keep the musical ideas, vibes, and emotions coming until they don’t come anymore, then you can come back and do the technical things later.

Listen to the “Through The Roof” below. 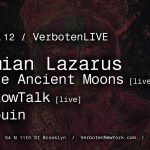 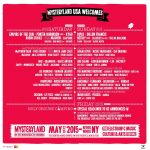