As we went to press with the latest issues of DJ Times and ClubWorld Wednesday night, we were met with the profoundly sad and genuinely shocking news that longtime New York City club promoter Rob Fernandez had passed away. Details are still fuzzy as to the circumstances, but the painful reality was confirmed by a number of sources.

As many of you DJs know, there are club promoters and then there are CLUB PROMOTERS. Rob was certainly the latter, and even bigger than that. While it’s true that he had New York City as his palette, so to speak, and that in itself offers its own advantages and challenges, Rob managed to transcend. Unlike a lot of promoters known for one party, one sound or one DJ, Rob had the unique ability to roll with the musical changes and fickle tastes of clubland and somehow turn them all to his advantage. But more than anything, and probably more than anyone in the recent history of New York nightlife, Rob Fernandez knew how to throw a DJ-driven party, one that a very mixed audience could enjoy, would talk about and usually return to. The DJs were usually on-point, the atmosphere rarely less than authentic, the night often memorable.

Yes, he booked a lot of the top global talents and there’s something to be said for consistently pulling off great nights and maintaining positive relationships with the top DJs. But on a local level, he could find a DJ, nurture that talent, expose him/her to the proper audience and turn that night into something special. He did it over and over.

Always the hustler, he served in a variety of clubland capacities, then created Robpromotions, which enjoyed successes with many legendary New York club nights, including Be Yourself (with Danny Tenaglia) and Subliminal Sessions (with Erick Morillo). There was Pacha NYC, the Manhattan mega-club where he served as the Director of Promotions and Bookings. Along with Pacha principal Eddie Dean, he ran RPM Presents, which produced larger, festival-sized DJ events at a variety of NYC-area venues. Along with Benny Soto, he ran Dance.Here.Now., a brand best-known for its nights of quality, thumping house music at Cielo. 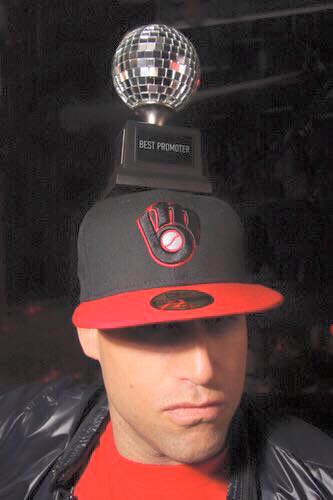 And occasionally, if the night called for it, it became cheekily known as Trance.Here.Now. Remember, in our idyllic clubland there’s no discrimination, genre or otherwise, so some of the more manic evenings at Cielo in recent years were provided by the likes of trance heavies Paul Oakenfold, Cosmic Gate and Andrew Rayel. Not so many basslines perhaps, but plenty of hands in the air.

Through it all, there was Rob, the man behind the scenes by day, now striding through the club with his gleaming smile, glad-handing with the people, usually on his way to the DJ booth. And fairly remarkably, Rob always seemed to have a moment for you, even if it was merely a sharp aside, a joke, or just a quick little hello. He was his own little tempest of good vibes—beaming smile always out front, a force of his own.

And speaking personally, he did a lot for DJ Times and our sister publication ClubWorld, especially in its original incarnation. (Those trophies you see on his head in his promo photos are well-earned ClubWorld Awards.) Having someone like that on your side can never be underestimated, and should always be appreciated—we certainly did.

People who work in clubland, in dance music, with DJs— especially those in New York City—are constantly circling in their separate orbits. We’re connected by the music and the business, yet we’re all doing our own individual things—DJing, booking, managing, promoting, tech work, media, whatever. So, when someone from our family like Rob Fernandez passes, we all stop and shudder—still, we also remember the joy that brought us all here in the first place. And Rob brought a lot of it, for a long time. It’s a helluva legacy.

At the moment, it’s hard to imagine that clubland—in New York and beyond—will ever be quite the same. We’ll miss you like crazy, Rob. 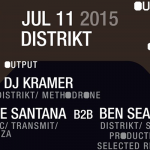 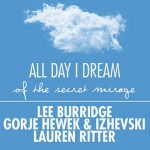 All Day I Dream of the Secret Mirage ft. Lee Burridge in Brooklyn