After breaking free of the shackles of festival-ready EDM tunes, Cazzette are ready for their just Desserts with the release of their diverse new EP.

First previewed via the garage revival of lead single “Together,” Desserts is a multi-faceted five-tracker released via ICONS Music. In addition to being a fully-realized body of work, the EP—out now on Spotify—also represents a shift in consciousness for the mysterious Swedish duo. By moving into new and unchartered territories in its production, the pair has crafted a distinctly fresh set of tunes that they hope will remain both timeless and dance-floor primed.

We caught up with the pair to discuss the new EP as well as their refreshed perspective on dance music, production, and more.

DJ Times: You’ve described Desserts as the “first collection of songs since we said that we only would make music that matters to us.” What do you mean by that?
Cazzette: We listen to so much music out of the clubs and also a lot of non-dance music. Therefore, we wanted to create music that we would actually listen to at home as well as in the clubs. That’s the biggest change compared to music we made before which was more format oriented. We really didn’t listen or play the songs from eject when were not playing live, which felt kind of weird to us. It’s different with these new songs since we feel that they work in so many more environments.

DJ Times: Was there a particular moment/event that caused the shift, or would you just consider it a natural evolution in your musical careers?
Cazzette: We feel that it was a natural change, but also a lot changed in the scene since we started producing and touring. We kind of got stuck and associated within that EDM bubble and weren’t really comfortable in it. We feel that its so much more fun creating songs rather than “club tracks,” even though once in a while it’s fun to play around with that stuff, too.

DJ Times: Has your approach to DJ sets and performances changed similarly?
Cazzette: Yeah, now we play a lot more diverse sets than we did in the early days, which is also a lot more fun for us.

DJ Times: “Together” has a really funky, garage-flavored take on Future House going on. What went into the creation of the track?
Cazzette: Honestly, that track moved so fast. Once in a while, one gets that creative rush and everything just comes together naturally. We tend to use elements that inspire us in songs that we listen to a lot when we create a song, but we don’t really remember what was going on at that time. That garage vibe went so well with the pitched vocals, so that’s probably what set it off.

DJ Times: You released your LP Eject in 2014. Was it a conscious decision to create an EP as a follow-up instead of another full-length offering?
Cazzette: Since we did the full-length album last time we wanted to try something new, and it also feels right in time to release an EP. People in general have a lot less patience now compared to before. It’s rare even for us to sit down and listen through a whole album.

DJ Times: You worked with Newtimers and Sterling Fox on the new EP. What do you look for when scouting out vocalists?
Cazzette: We always search for vocals that have their own identity and soul rather than something that would blend in with other stuff. It’s really hard to find but when you get to work with people who has it its so much more rewarding.

What sort of gear/software/plugins were absolute must-haves for the creation of Desserts?
We used a lot of Sylenth, Waves, and Kontakt (for sampling) on this EP. All three elements are something we use every day.

You’ve got a North American tour planned in September. What sort of experience are you looking to give fans? Are there any differences you notice between playing to European crowds and American crowds?
Cazzette: It’s so much fun touring, and we always try to evolve as DJs and as entertainers in general for our shows. Our sets are a lot more diverse now, so people can expect to hear everything from some classic house tunes to cuts from Dre’s latest album. In general, hip-hop works better in the states than in Europe, but on the flip side there are also some huge house tunes that work better over here.

The EP is just being released, but are you working on any other projects at the moment?
Cazzette: We’re always working on something. Right now we have a few remixes to finish up and also some productions for some really talented artists.

Watch the official video for “Genius” below and go to Facebook.com/TheCazzette for more information. 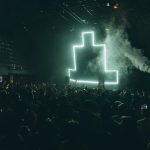 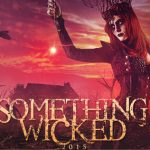 Above & Beyond, Jack Ü Lead Something Wicked Lineup