The Ricochet launched at DJ Expo 2015 this past August, where its 20W hybrid LED scanner/beam effect was showcased for the first time. The fixture utilizes precision stepper motors, dual mirrors, and an array color/pattern options to give users beams, cones, and wave-style effects. Ricochet’s powerful LED source boasts a variable beam angle, raid dual-mirror movement, and a choice of 10 colors and 29 pattern macros, giving users a wide range of flexibility for their lightshows.

The LumiEngin LED and variable beam angle makes the Ricochet capable of both a single tight 4-degree beam and a wide, laser-like 120-degree effect. Light operators are given more freedom via the unit’s six built-in show modes, and the Ricochet’s patterns can also be rotated.

The unit can be triggered using ADJ’s UC-IR remote or the new Airstream IR controller for iOS devices. Additionally, users have access to Sound Active mode for simple control as well as 12- and 15-channel DMX modes for more detailed programming.

The ADJ Ricochet is available now in the US (with Europe to follow in early October). For more information, go to ADJ.com/Ricochet and watch a product demo below. 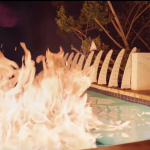 Watch Lorde Vamp It Up in Disclosure’s ‘Magnets’ Video 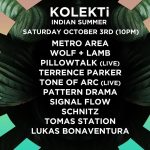