In The Studio With The Orb

The Orb has been making music for 25 years now, with group co-founder Alex Paterson working with Thomas Fehlmann since 1995. And now the wildly experimental electronic duo marks its Silver Anniversary with its 13th full-length studio album, Moonbuilding 2703 AD.

While the number of tracks on Moonbuilding 2703 AD is limited—just four, running at almost 15 minutes each—they add up to a nice-sized album. It all started as one, very long, piece of music, which took a year to complete. Using a new creative approach, Paterson and Fehlmann separated it into four parts to give each a more personal and individual approach.

The Cuts: The ultra-trippy first track, “God’s Mirrorball,” gets wafty, but then offers some unexpected uptempo turns. The next, “Moon Scapes 2703 BC,” builds and launches in a more groove-based direction before spiraling into a brain-tickling breakdown. Track three, “Lunar Caves,” goes straight-up ambient, bubbling ethereally with a variety of textures for more than nine minutes. The finale title track is where the two let go a bit more, dropping celestial samples over playful, funky breaks.

“If you listen to the album more than three or four times,” says Fehlmann, “you discover certain musical elements which evolve, coming back in a different context, but it is very much a composition from one big track. The only one that might be different is the title track, which was done after the other three where we looked for a few bits of our favorite sections we would like to repeat in some form. We felt in a good place and a little lighter in the approach of the last part.”

Technology has changed and The Orb along with it, at least somewhat, but the group’s liquid ambient sounds remain in the mix. “We never work individually,” says Fehlmann. “It’s always the chemistry of us two influencing what we’re doing. The inspirational exchange, where [Paterson] brings something to the tune, I fiddle it in, he hears what the result is, and it brings him to wanting to find something which would cover other spots in the production… it’s a very intuitive, a ping-pong exchange of ideas very much based on the spot. I find this far more superior to the file-exchange concept.”

Working out of Fehlmann’s home studio set up in an isolated room in his Berlin flat, The Orb fellows still draw on a number of analog synthesizers for sounds. For example, two Korg MS-20s and a Korg SQ-10, Nord Lead 1 and 3, Oberheim OB-8, and Fender Rhodes are among the staples.

“Since we’ve been working with Ableton Live, the samples, for us, have a very different function,” says Fehlmann. “In the early days, it would be a more recognizable riff or sound which we would work with. These days, with the internal effects we have on our disks, the samples are just a source for something that brings us to a completely different result. We cut stuff up. We change tune and time and sometimes even backwards or forwards. Not even the creator of the original sound would recognize that we’re using sounds from his record.”

One thing that hasn’t changed is the prevalent sound of water in The Orb’s compositions. This is a nod to their attraction to nature and more often than not, it is generated from actual bodies of water, then treated in the studio.

“We love the water,” says Fehlmann. “The rhythmic use of water is very inspirational. There are sounds in our tracks that are direct water recordings. But when we make our synth sounds on the Nord, it is possible my choice of sounds is influenced through my watery listening perspective and I’m ending up with a patch that resembles water. But that’s more unconscious.” 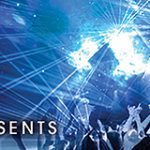 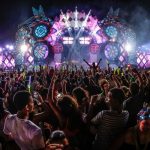