New York City – While some people spend their entire lives searching for their place, Andrew Rayel managed to find his harmony before high school.

The DJ/producer began with formal music training in his home country of Moldova before branching into the electronic variety at the young age of 13. With an ear tuned to sweeping melodies and aural journeys, his deft productions caught the attention of trance titan Armin van Buuren, who quickly took the young artist under his wing and signed him to Armada Music.

Since his 2011 track “Aether” was voted “Tune of the Week” on van Buuren’s massively influential “A State of Trance” radio show, Rayel’s profile has blown up accordingly within the genre’s intensely loyal global community. And thanks to a string of follow-up smashes like “550 Senta,” “How Do I Know” feat. Jano, “Aeon of Revenge,” “Musa” and “Zeus,” Rayel’s classically inspired tunes began getting played all over clubland and at the world’s biggest electronic festivals.

In 2014, Rayel released his debut LP, Find Your Harmony, an 18-track sonic epic that flies listeners through grand soundscapes and emotive orchestration. No matter the venue, propulsive album cuts like “Dark Warrior” and “Impulse” induce a sea of hands for their earworm synth riffage and create some serious dancefloor movement to the whopping kick-drum assault.

At 23, Moldovan DJ/Producer
Andrew Rayel Stands as One of the Genre’s
Brightest Young Talents

More recently, the young phenom re-released the album this past May with new material. Indeed, 2015 saw a flurry of Rayel singles (“Miracles” feat. Christian Burns, “We Bring the Love” feat. Sylvia Tosun, and “Daylight” feat. Jonny Rose) and remixes (“Wasting Moonlight” for Sick Individuals and “Save My Night” for Armin van Buuren) hitting global dancefloors. And, as usual, he played it all at the biggest of festivals, like Atlanta’s TomorrowWorld, and the most intimate of nightclubs, like New York’s Cielo.

We caught up with the Moldovan talent (aka 23-year-old Andrei Rata) before a performance at Pacha New York to discuss the album, his mentorship from Armin van Buuren, and his musical upbringing.

DJ Times: You received classical musical training growing up. How did you make the move into electronic music production?

Andrew Rayel: I was really young. At around 9-years old I went to a musical school. During that time they used to play a lot of electronic music on the radio station that I used to listen to all the time with my brother in my home country of Moldova. I was creating lots of melodies, but I never knew which style [of music] I wanted to choose. At a certain point, I decided, “Trance is the music I like and this is the style that I want my melodies to go.” That’s how I found a lot about legendary names like Armin van Buuren and ATB. I found out their histories and what they did, and I wanted to be on the same stage as them and releasing music with them. That’s how it all started for me. 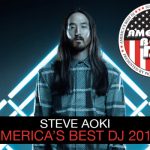 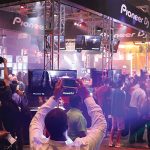