This, that, and The Other: variety is the spice of life for German duo Pan-Pot. The two-person collective (comprised of Tassilo Ippenberger and Thomas Benedix) has become a titanic force in the techno scene since its origin a decade ago, pumping out fiery set weapons, intricate long-players, and an endless assault of packed dancefloors over the years.

Earlier this fall, the pair released their long-awaited sophomore LP The Other, a masterful 14-track electronic odyssey that spanned far beyond just the defined boundaries of techno to dabble in moments of glitch-hop, ambient, and even dubstep.

The pair’s taking no time to rest, now focusing its energy on the upcoming release of The Other Remixes. The LP—due out December 14 via Second State—is comprised of eight (10 on its digital release) reworks of the album’s tracks from their associates and friends, with remixes from Nicole Moudaber, Carl Cox, Alan Fitzpatrick, and Joseph Capriati representing just the tip of its iceberg.

We recently caught up with the boys to chat about the album and its forthcoming remix collection as well as premiere Stephan Bodzin’s stunning melodic-techno remix of “Sleepless” from the release.

DJ Times: You’ve got a remix LP of The Other coming out. What went into selecting the remixers and how did you decide who would take on each track?
Tassilo Ippenberger: At the beginning we only wanted to find remixers for the few tracks on the album that were not made for the dancefloor. We had four tracks and asked about eight people. At the end, everybody we asked wanted to make one, so we also chose other tracks to be remixed.
Thomas Benedix: For some songs we had specific remixers in mind because their sound would fit the track the best. With other tracks it was other way around, and they got chosen by the remixer. Stephan Bodzin, for example, was planned to remix a different track than “Sleepless,” but he preferred to do that one and we are super happy with the result.

DJ Times: Any mixes in particular that have wiggled their way into your own sets?
Benedix: Oh yes, pretty much all of them. The one I just mentioned from Stephan Bodzin has a very strong hookline and is very memorable. You can hear it at the end of our Boiler Room set.

DJ Times: The original album has been out for a few months. What’s the response to the new material from the fans been like?
Ippenberger: Really good! We did expect some harsh critics because the album is not purely techno, and of course, we did receive some. But overall, the reviews from our fans and professionals were very good—even from very strict colleagues.

DJ Times: You’ve been on the particularly massive The Other Album Tour all around the world. What have the shows been like, especially compared to the ones right before the album’s release?
Benedix: Well actually, the time now is a little bit less stressful than the summer. We do have the album tour, which is going really great, but nothing compared to the summer, which had up to six gigs per week. The main difference to the gigs before and after the tour is, that we bring more unreleased material to our gigs. Now, for example, we play a lot of the remixes that will be out in December on our own label Second State. We also have special visuals, which we have made to visualize the album and also for our tour visuals. Here is how they got made by this great Berlin based artist called Susi:

Sleepless from Susi Sie on Vimeo.

DJ Times: With 2015 just about over, what’s in store for Pan-Pot & Second State for 2016?
Ippenberger: First of all, we are really looking forward to our holidays in January. We are planning on working on some new and selected EPs of course, and maybe also some remixes. This year we have been turning down a lot due to lack of time.
Benedix: The first release of the label will be with Michael Klein. He has incredible music lined up again, which we are happy to be presenting on Second State. Also with the label we are looking into an update of our graphic design—like we do it every year—to give it bit of a change on the visual side.

Stream Stephan Bodzin’s remix of “Sleepless” below and pre-order The Other Remixes here. 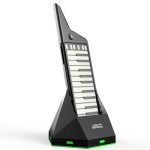 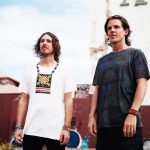