If there is proof positive that blondes have more fun, it most certainly lies within the transcendental techno parlayed by Canadian duo Blond:ish.

With origins dating back to 2008—the pair got its name from a club night in Montreal for which they promoted and DJed together—and a nonstop work ethic since then, Blond:ish (Vivie-Ann Bakos and Anstascia D’Elene) has become many a tastemaker’s favorite over the years with key releases on labels Get Physical and Noir Music.

More recently, the pair turned this journey toward musical enlightenment into something tangible with the release of their long-awaited debut LP Welcome to the Present on German label Kompakt.

In a dancefloor-focused industry geared toward quick hits and smashing basslines, the 11-track album was a true artistic leap. Eschewing 4/4 beats for much of the record in favor of atmospheric, World Music-inspired productions, the ladies have crafted a colorful sonic world that’s as varied and unique as the multi-faceted Playa-Tech sets they deliver on the sands of Burning Man’s Black Rock Desert.

We connected with the ladies shortly after the LP’s release and discussed their creative journey as well as their production secrets.

DJ Times: How did the idea of doing an album come about?

Anstascia D’Elene: Kompakt has been asking us to make an album for the last two years. Last year was not right, so [in 2015] we decided to just dive in headfirst and set up a makeshift studio in a Tulum jungle house [in Mexico]. We had a lot to express inside of us and wanted to try and tell a story that we just couldn’t achieve in an EP.

DJ Times: When did work on the album start?

Vivie-Ann Bakos: It started in December 2014 when we were on tour in South America and did tons of field recordings. We would literally record everything and everyone that we came across with throughout our trip. We love to capture little moments of our travels as it adds a nostalgic feel for us in our music. Then in January, 2015, we set up the studio in Tulum and got all the foundations of the tracks and finished the arrangements as well as recorded some live vocalists and musicians.

DJ Times: What went into the title Welcome To The Present?

D’Elene: After we had finished the album, we had a tour in India and decided to take two weeks off to go explore, meditate, do lots of yoga, and immerse ourselves in the country because we knew that we would have the time there to be away from our phones and social media. When you meditate and get closer to nature, I think this opens the creative mind—at least it did for us.

DJ Times: What sort of journey were you trying to take listeners on?

Bakos: These tracks reflect every road that we have taken to come to this point in time, spanning our travels to South America, Mexico, India, and beyond. We wanted to bring a little piece of these magical places to the listeners.

DJ Times: A lot of the album was recorded in Tulum, Mexico. What sort of impact did location have on the sounds of the record?

Bakos: We’re not sure about other producers, but we are products of our environment—kind of like chameleons. A lot of people are drawn to the beach in Tulum, and it’s incredible, it really is, but for me personally the magic is in the jungle. There’s something of this type of vibe that brings out a sense of clarity and creativity!

D’Elene: We tried to keep the integrity of the Tulum magic and record local musicians that we met organically when we were here. For me, this adds to the authenticity of the music.

DJ Times: You first previewed the album by releasing a different mix of “Endless Games.” Why this track, specifically?

D’Elene: We thought it was one of the strongest tracks vocally to be remixed for the first single. We’re extremely happy with Patrice Baumel’s take on it. I think for both of us, “Nada Brahma” is the most liberating track that we made for this album. It is the turning point when everything changes for us. The title is a Vedic saying that translates to “sound is god” or “all is sound,” and this illustrates exactly what we believe in. We have recently been exploring sound with a whole new perception, and this is what keeps our creativity ticking.

DJ Times: What sort of studio and recording gear was a go-to for the production of the album?

Bakos: Our go-to was definitely the UAD Apollo Twin for a soundcard and all its incredible plug-ins. Moog Minitaur for bass, Ableton Live, the Omnisphere soft synth, Roland TR-8, Genelec 8030A speakers, and a lot of instruments that we don’t even know the names of because our friends Jupiter and Balam made them themselves.

DJ Times: Has the journey to the album’s release affected the way your DJ sets in any way?

D’Elene: Our sets are varied, as we often play in such different settings and vibes, so we always try to adapt to our environment. Since we’ve been wanting to incorporate some of the songs of our album into our sets, we’ve been recently playing a bit more eclectic, journey-type tracks, yet keeping it ready for the dancefloor. We’re always mixing it up to keep it interesting. 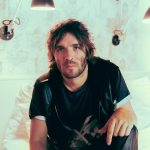 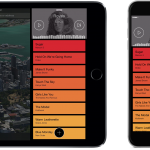