Time to knuckle down and drop some fire, as Splice’s new Beat Maker is allowing anyone to get in on the production action.

Splice has made waves in recent years as a popular cloud platform for remote music creation and collaboration, and its Splice Sounds sample subscription platform’s newest offering allows users to craft sequenced beats using drum samples from the service. Beat Maker—available now at Splice.com/Sounds/Beatmaker—allows aspiring producers to use templates from KSHMR, Lex Lugar, and Pegboard Nerds to create beats using a simple grid system. Once created, fans can share their productions from the free-to-use app with the world.

To celebrate the launch, Splice has teamed up with KRNE, KSHMR, Dot Da Genius, Lex Luger, and Pegboard Nerds for the Splice Beat Maker contest. Users can share their original Beat Maker-created beats for a chance to win almost $1,000 in prizes (including 3 FabFilter plugins and a one-year membership to Splice Sounds). To enter, simply share your created beat on Twitter or Facebook with the hashtag #BeatMaker between February 17 to March 9. Three winners will selected on March 16.

For more information, go to Splice.com/Sounds/Beatmaker 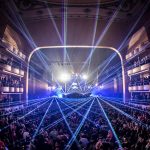 Awakenings Rouses the Techno Masses with US Debut 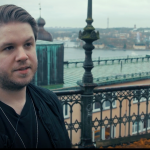