Two of dance music’s most iconic and enduring entities come together for Naples #GU41: James Lavelle, he of UNKLE and Mo’ Wax fame, and Global Underground, the legendary compilation series.

Two decades strong, Global Underground established its brand with top-tier DJs setting their contributions to the series in exotic and far reaching places, as well as obvious and cosmopolitan locales alike. Lavelle, no stranger to Global Underground having compiled three prior collections – GU23 Barcelona (2002), GU26 Romania (2004) and GU37 Bangkok (2009) – goes in a different direction for his latest compilation.

“It’s one of my favorite cities,” says Lavelle of his choice of Naples as the setting for this decidedly UNKLE-heavy collection. “It’s not a new place to play. It has musical club history. It has always had this very intense relationship between the artisan and the art world, and a brooding chaos between that and being very working class. It has the intensity of a port city and being a volcanic city adds something to the air. I like cities which are raw and where things are on edge. That adds something to the nightlife. It’s a great place to be nocturnal.”

For the first time in Global Underground’s history, the already collectible package is also including a hardback travel guide with exclusive photography, as well as a grip of postcards. This was another reason why Lavelle chose Naples, as it lends itself to the concept, plus he could enlist the help of the locals in making the project even more personal. Lavelle himself worked on the book, involved in both the choosing of the images and the shooting of some of them. His brother, Henry Lavelle of Modo, designed the bespoke box.

The music took three months to put together with primarily UNKLE originals, remixes, and DJ edits—as the title, James Lavelle Presents UNKLE Sounds indicates. The final product was mixed on two Pioneer CDJ-900NXS players and a DJM-900NXS mixer using USBs. This is also the setup Lavelle prefers in a club setting.

“I have no regrets not having to run around with two boxes of records in some Tokyo train station while my back rips apart,” he says. “I did 20 years of that, so I feel like I did my time.”

Additional material was created and fit into the initial mix via Ableton. Lavelle’s home studio revolves around Logic, as well as CDs, mixer, keyboard, guitars, and basses. But when he requires some additional “fairy dust,” as he calls it, he’ll go to his engineer’s studio.

“We work with a lot with live elements that we distort in the computer,” says Lavelle. “I’m not, and I never will be, the typical club-music maker. I’m not good at doing that. With this mix, it was about incorporating the elements I like about club music, but also for there to be a joy to it. I’m not somebody who can do what Carl Craig does or Dubfire or Richie Hawtin—and I’m jealous of those people because I wish I could make those records. I come more from a song-structure basis than a groove basis, and that’s the difference.”

“I really weighed up between trying to do a more traditional mix, putting all the electronic dance records I like at the moment, which there are millions of, but I felt that has been done so much with so many great people,” says Lavelle. “I felt it would be musically more interesting, and more interesting for me to make, if I focused on my own thing.

“What’s also important to me is that it is a physical thing. You have to consider those opportunities because they don’t happen that often anymore. All these remixes you do, they’re on SoundCloud or whatever, and it’s cool, but I wanted to see them in record stores, see the fruits of my work over the last few years as something tangible—otherwise, it always feels really disposable to me.” 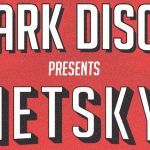 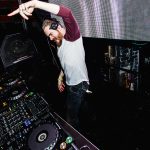