The constant chatter of cynical clubbers decrying the alleged death of Ibiza never ends, and with it comes an onslaught of house prophets making proclamations of its successor. While Mykonos and Croatia have been oft-discussed challengers, it’s Spain’s own Barcelona that’s been on the lips of many in recent months.If the city’s hottest DJ talent export—Dosem—is anything to go by, it’s a solid assumption.

Since bursting onto the scene back in 2008, Dosem has dropped floor-filling bombs on a laundry list of taste-making labels that includes Mark Knight’s Toolroom, John Digweed’s Bedrock Records, Chus & Ceballos’ Stereo Recordings, and Coyu’s Suara. Consistently toeing the line between house and techno with his genre-defying attitude that permeates through his high-energy DJ sets and thick grooves.

Now, he’s fresh off the release of his latest EP—the two-tracker Optimism on Suara—and in the midst of very busy new year. We connected with the Barcelonan to chat about his releases, approach, and what he’s got planned.

DJ Times: You just wrapped up a series of South and North American tour dates. How was the experience overall and what were some highlights of the performances?
Dosem: It was fantastic. It’s hard to pick just one gig, because each one had its own special vibe. Panama and London-Ontario were really good, and then Output in Brooklyn was stunning as well. I really loved the club—probably one of my favorites at the moment. The sound system is huge! I went to BPM Festival also this January where I had the chance to play at the Suara and Stereo showcase. Both were great.

DJ Times: Your latest EP Optimism just came out on Suara. What went into the creation and inspiration for the two tracks?
Dosem: I usually think a lot about the message behind each track, but in this case it was something more impulsive. I was playing with some samples and drums in my studio and both tracks just came out. Both are made for the club, [each has] an optimistic vibe. I just make the kind of music I would like to dance to myself in a club.

DJ Times: Your last album City Cuts seemed to veer more into a house-centric territory than the techno grooves of Origin. Have you found yourself drawn to one genre more than the other recently?
Dosem: I always try to mix house and techno sounds. Sometimes I get more into energetic beats and some others I try to imprint a soulful and funky character to my sound; it really all depends on my mood or the message behind the song. My first two albums were more techno-oriented and I decided to do “City Cuts” more house focused because I wanted to reflect what I play also in my DJ sets, which is generally a mix of both.

DJ Times: Do you have any plans to work on another LP, or are you focused on singles/EPs right now?
Dosem: I’ve been thinking a lot about that these last two years. I really enjoy doing albums because it allows me to explore a wider spectrum of music styles. I get bored easily when only producing or playing one style, so on the road I’m always creating new music ideas on my computer. Very different genres and sounds… you can listen some of that in my albums. That’s why I decided to launch my own [Houstrike] label this year, which will be a whole project to release all this music I have in my hard drive and also a place to do collaborations with some other great artists. I want to use it as a platform where I will be able to explore beyond the music and experiment with the visual side of production as well.

DJ Times: It feels like Spanish labels like Stereo and Suara (both of which you’ve released tracks on) have been particularly dominant recently. How is the Spanish dance music scene doing in your eyes?
Dosem: It’s a great scene with fantastic producers, labels, festivals, clubs, and it’s getting better every year. I’m really happy and proud to see some of my friends doing really well for the last few years. There are also a lot of upcoming new talents.

DJ Times: What’s your preferred gear setup? Any particular hardware/software that you find yourself using a lot?
Dosem: I produce everything on Ableton Live. Most of my productions start in my laptop, while on the road, then I finish it in my studio. I’m using Native Instruments software, Arturia Suite, and Virus Ti Snow, but I’m always trying to discover new stuff to make music.

DJ Times: You just played BPM Fest down in Playa Del Carmen. How was this year’s festival?
Dosem: Amazing, I love to play in Playa del Carmen. The festival is a worldwide spot for electronic music and it’s fantastic to meet so many good friends and music lovers from the scene in such a beautiful place.

DJ Times: With 2015 having just ended, what were some of the biggest gigs and moments for you from the year?
Dosem: Too many to mention, but playing at Sónar Festival after the Chemical Brothers was probably my top career gig and something I will not be forgetting anu time soon! There were many good memories from Ultra Music Festival in Miami, EDC Las Vegas, the Ibiza Season at Blue Marlin and Sankeys, and the Japan tour. I also had the chance to play in my city Girona for a very special party we did in the old town in front of the Sant Félix Church and our Cathedral. That was really stunning.

DJ Times: What else is in store for you production and gig-wise this year?
Dosem: In terms of production I’m preparing new stuff for Suara and Toolroom. For gigs I’m going to do a big tour in USA for March and also Japan in May.

Listen to Dosem’s set from the The BPM Festival below and check out the Optimism EP here. 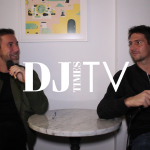 WATCH: Pan-Pot Talk ‘The Other’ LP, Remixes, Awakenings US, & More