Anaheim, Calif.—After 10 years DJing at a club—Lechuga’s Hacienda, back in the day when DJs had their own parking spots—and then making inroads as a mobile, Mike Sanchez had to make a decision.

In addition to his DJing, he was also employed as a driver. This was back when there were no cell phones, so it wasn’t unusual for him to get home and play the messages on his answering machine, which was often loaded with requests or questions from DJ clients.

Sanchez took the plunge, and in July of 1992 became a full-time DJ, owner of DJ Mike Events. “It was something that I knew that I was going to do for a long time,” he says, “and now the business takes care of my whole household.”

It wasn’t seamless, of course. Sanchez knew early on that there was a difference between DJs in his market. “It has been my firm belief that to survive in this industry, you need to be absolutely different,” he says. “I saw that a DJ with two speakers on a stick makes different money than a guy with truss and a kick-ass lighting system. I am also a firm believer that we ourselves create the levels that we work in. And since the customer will always decide who they are going to hire, it is up to us to give the best option possible. There is always a customer willing to pay for bigger, stronger, and harder.”

The problem was that bigger, stronger and harder costs more than smaller, weaker and softer. So, in the summer of 1993, Sanchez put two credit cards together to get his first set of intelligent lights—the Martin RoboScan 812. “It was the first time in my life that I saw a ‘microphone’ cable hooked up to a lighting fixture,” he says. “That was my initiation to DMX.”

His recognition of the power of visual elements explains his early adoption of YouTube. An earlier poster of “gig logs,” using a flip camera, Sanchez had no idea it would evolve into a powerful marketing tool. “At first, I didn’t even know these client testimonials were going to evolve into what they did, but when one of my videos got adopted for the marketing campaign for a European DJ store, I knew I was on to something. Gig logs have given me a vast following, and thanks to my videos I have traveled with my equipment and staff to places I had never been before,” says Sanchez, who now owns a Canon EOS Rebel T5i.

These “gig logs” have gotten him to places like the Richard Nixon Presidential Library in Yorba Linda, where he books a recurring gig every Christmas for NBTY, a New York-based vitamin/supplement manufacturer; The Californian at Disneyland, an event center he’s re-booked consistently; and the Hayes Mansion resort hotel in San Jose. “It’s a good gig,” he says of the Hayes venue, “because of the distance and the fanciness of it.”

If Sanchez were to give advice to a young up-and-coming DJ, he would say that in order to make money you have to spend money. “Get on the rodeo only if you are mentally and physically and economically prepared,” he says. “This is not a hobby.”

Being based in Anaheim, with its huge Latin community, Sanchez’ company specializes in quinceañeras and high-end weddings. “We pretty much sell the whole year,” says Sanchez, who also does volunteer work for the Boys and Girls Club of America. “I do have some corporate events that we do every year, but weddings and quinceañeras are our main target.”

But Sanchez doesn’t consider DJ Mike Events a DJ company at all. “We are a medium-sized production company,” he says. “I enjoy the challenges of the set-up, trussing, lighting, audio, staging, planning. Music comes easy. Production is where the brains are at.”

Indeed, it’s with plenty of pride that Sanchez recounts his approach to gear. “I cannot with certainty say I was the first, but I was one of the earliest domestic truss users in Orange County,” he says. “Intelligent lighting has always been a part of our set-up. I was the earliest user of beams, and a pioneer in the use of powered speakers. I started with all the original powered speakers… but NAMM 2016 was a game-changer for me. I saw something there that no one had: FBT. I fell in love, with a hefty amount of bass and the crispest mids and highs I’d heard.”

So what’s a DJ Mike party look and sound like? “The FBT system I’m using includes four Q118SA subs and four Muse 210LA line-array speakers—that’s enough to do a small concert,” he says. “That means that no matter what kind of hall I work, I’ll never be short on sound. My DJ software, we use Serato and Virtual DJ, depending on the event. My controller is the Numark NS7II. We love this thing because of the moving platters and the ‘wow factor’ when brides pose with it.

“For lighting, I use the ADJ Vizi Beam Hybrid 2R—this is the coolest eye candy we could get. For washes, we use the ADJ Inno Color Beam Quad 7—a beautiful, powerful, small fixture. We are also adding the Epsilon Pro FlexCube 25 to add a touch of concert feeling. We also use the Chauvet Pro COLORbar SMD to add a huge punch to the EDM sets. All of that is controlled by a professional light jockey at the board at the time, and Disco by Mega-Lite is my software.”

So where does he see himself in five years? “I see myself using FBT as my main provider of audio, and I’ll use the best lighting I can buy,” he says. “I see myself doing many, many weddings and quinceañeras, and maybe the occasional celebrity party, which is always a cool feeling. But my weddings and quinceañeras are impressive types of events, for a different type of customer. We work different. We light different. We sound different.” 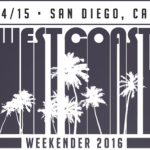 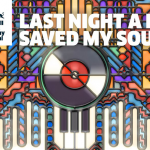