Cajual, Dirtybird and Hot Creations Records veteran Doorly will embark on a six date tour of the United States this May, stopping in California, Texas, New York and North Carolina. Accompanying Doorly on the six date tour will be Moodymann, Andrés, Native Behavior, Tan Dem, Will Forbes, Teddy Roosevelt and more special guests to be announced soon.

In anticipation of the tour kicking off on May 5 at EOS Lounge in Santa Barbara, CA, we sat down with Doorly for a quick Q&A. Take a look, then grab tickets from Resident Advisor here. A full list of tour dates with each respective lineup is below.

Why are you excited about this tour?

Doorly: I consider the United States my home these days, as I’ve been based in Los Angeles for 4 years, though I have been on tour in Europe for a couple of months. I’ll be in Europe for the entire summer for the summer Ibiza season and my Residency at Space Ibiza. So, this will be the last time I get chance to see all my USA homies until probably October! I’m doing this tour as a Doorly & Friends tour and booking some of my best friends as support and to play alongside me at all the shows on the tour to maximize the fun! Also, this tour sees my Doorly & Friends brand graduate to hosting a Saturday night at Sound in Los Angeles, which i’m really excited about. Also, I’ll be playing at my favorite club in New York (House of Yes) with one of my heroes, Moodymann.

What projects are you currently working on?

Doorly: I have a project with Switch and we have a track coming out soon featuring Idris Elba on vocals. It’s going to break the internet, haha! Plus, my next release on Dirtybird is a collab with house music godfather Marshall Jefferson. Additionally, I’ll be mixing the new Cajual compilation alongside Green Velvet. I have some really fun tracks on there.

Anything special planned this summer?

Doorly: Doorly & friends takes over Space in Ibiza for its last season on the island! It’s a dream come true and it’s going to be a hell of a time! I’ll also be returning to Pikes for some special parties this summer.

What’s one (or a few) tracks you can’t stop playing in your sets? 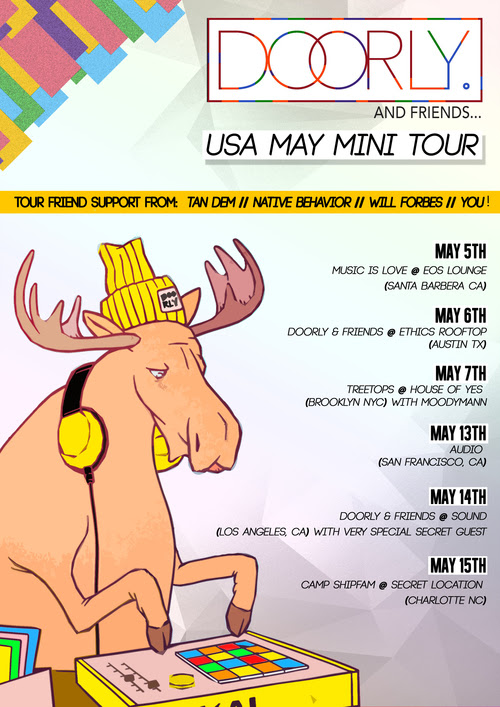 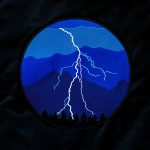 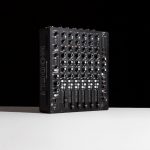