In today’s digital age of click-and-drag, many believe that American copyright law is outdated and, according to David Gunkel, a professor of communications at Northern Illinois University, it’s being used “to shut down creativity.”

Gunkel traces the historical roots of the remix debate between the “copyright” and the “copyleft” with brainiac prose in his new book, “Of Remixology: Ethics and Aesthetics After Remix.” He says that DJs are tired of being viewed as unoriginal – as the “record player players” of society.

Dave Dresden is one of those DJs looking to change that perception. As one-half of the DJ/remix/production team Gabriel & Dresden, he’s topped the Billboard Hot Dance Club Play Chart more than 20 times with remixes and original productions and he wants to see a world where artists who sample can build on each other’s work without being hit with cease-and-desist letters.

“I want people to sample my material and make new songs,” says the Oakland, Calif.-based Dresden. “I’ve always been a supporter of that.”

Some companies are attempting to make that endeavor easier. This past March, for example, Dubset Media Holdings proposed a solution when it launched MixBANK, a music licensing and distribution business for remixed songs. According the company, MixBANK “is designed to facilitate the marketplace between DJs, rights holders and music services.” Through MixBANK’s pre-negotiated licenses and unique technology, “DJs, labels, publisher and music services can create and earn together, in one comprehensive platform.”

Its release came just weeks after SoundCloud, a German music streaming service, alienated its DJ and remix artist user base by striking a licensing deal with corporate giants like Universal Music Group.

Gunkel and Dresden agree that a new approach to copyright is in order, but differ slightly on their views about options like MixBANK and the idea of clearing remixed songs for distribution. They spoke with the DJ Times about their own solutions, which start by scrapping the existing copyright law.

DJ Times: First of all, is anything original?

David Gunkel: One of the assumptions [I’m challenging] is this idea of creativity being creation out of nothing. This is a really impossible standard, I think, for any human being to ever really approach. It is a concept we give to the divine in the Judeo-Christian belief. We may need to recalibrate how we understand the creative process.

Dave Dresden: I don’t know. Music evolved because of technology and we’re all influenced by the things that we listen to and then try to make our own interpretation of that. I mean, everything’s been done, but then again everything hasn’t. Five years ago, there wasn’t trap music. Creation is infinite, really.

DJ Times: Is the negative connotation behind remixing too deeply embedded in our history for things to change?

Gunkel: That’s a good question. The values we utilize in order to think about the creative process and form our copyright laws are old, old, ancient values. It was designed at a time where artistic creation was confronted by a new technology – at the time, it was printing. The [English] Crown needed to decide how we confront this brand new threat from technology. What we’re trying to do in the current time is to recalibrate a law written for print media for [newer] digital media. You have a lot of people calling for an entire rewrite of the copyright law.

Dresden: There’s a lot of people hanging onto an old belief and the old ways instead of embracing change or moving forward with the time. And things are going to keep changing. In 10 years, we might have to revisit this conversation because people might be downloading songs into their brains [laughs].

Gunkel: They already have in many ways. They’ve abandoned them and so have the fans. Those individuals in the middle who used to broker the relationships are no longer necessary. As a result, you have people giving away their music for free, recognizing that their fans are going to get it anyway. So it’s a change in the technology, obviously, and also a change in the way we think about the business model for this kind of creative activity. Now, the way you make your money is by performing. You connect directly to fans and build a following of people who will support you – not by buying an object, but by having a service relationship.

Dresden: I mean, it’s heading there, but I think we’re still 10 years off from that. As social media becomes more engrained in the musician’s life, absolutely. You know, I’m just blown away at how these young kids can build their fan bases using Snapchat or Periscope or Twitter and just doing all these things the right away and making people love them, so it’s definitely heading in that direction.

DJ Times: So it’s all about the gigs now?

Dresden: Performing – that is how we make money. It’s sort of like the music is the loss leader that brings people into your world, and you’re going to sell them tickets, mugs, t-shirts – all kinds of things. It’s a hard life, yeah, because you’re spending all this time and effort making music and the only way to reap the rewards is to get on an airplane and leave your family to go perform.

DJ Times: So what do you think of solutions like MixBANK?

Gunkel: This is where I think the current law really comes into conflict with current artistic practice. The practice of remix is to say that our culture is full of sounds, full of melodies – all kind of things we recognize as indicative of a certain period of time. A hip-hop DJ, for example, may want to draw on a riff from a Led Zeppelin song to create a new composition that is sort of a touchstone. If every time you have to do that, you pay a licensing fee, it becomes increasingly impossible to do that kind of work.

Dresden: I make the comparison to medical marijuana in that, rather than just making it legal for medical reasons, why don’t you just make it legal? I don’t see it as a step backwards – I think it’s trying to fix a problem and maybe it will catch on and, at some point, be really easy to use.

Gunkel: By the time you can use anything in your current culture for remix, you’re going to be dead. So my proposal really is that we give the artists five years. You make a new work and you’ve got five years. After that, your artistic product enters the public domain. The internet has accelerated the way we consume the media and our copyright law should respond [to that].

Dresden: I think [Gunkel’s proposal] makes total sense. I think, the way things move so fast now, five years is what 75 years was when they made that law – the perpetuity law. It also makes sense from a remixing standpoint because, after five years, people might want to hear the song in a new context again.

DJ Times: What about notion of making it public domain?

Dresden: By making it public domain, that means the original writer won’t make any money on that if it’s used. I don’t necessarily agree with that. I don’t think [remixing] is something that needs to be paid for. I think the rights holder should get a percentage of what’s coming in on the remixed track. You’re owed a certain percentage of that remixed composition’s total intake of money. If that composition won a Grammy Award, you get a Grammy Award because your composition is in there. 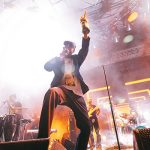 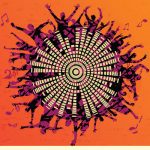 DJs Make the Most of Summer Business