Phoenix, Ariz. – Rani Gharfeh says he was 10-years old when it first happened. He wouldn’t call it “actual” DJing—but he jumped at the chance to spin a middle-school dance with one of his best friends.

“At the time, we had to use a dual-cassette tape deck that the school had for such functions,” says Gharfeh (aka DJ Rani “g”), owner of World:Life:Music, a Phoenix-based boutique entertainment agency. “It was definitely a bit tedious, but we tried to line up as many of the songs our classmates liked beforehand on various tapes—and the rest, we played it by ear. It was splendid fun and we got many compliments.”

This was at a British primary school, while living on Cyprus, the Mediterranean island nation where he was born and, later, where his musical development occurred. When he was 16, he befriended Dinos Ashiotis, one of Cyprus’ best DJs, and started hanging at the club where he spun. Later, he gravitated to Ashiotis’ private studio. There, before him, in all its grandeur, was a professional DJ set-up of its day: two Technics SL-1200 turntables, a Denon mixer, a Denon [DN-2000F] dual-CD player, plus a pair of Pioneer CDJ-500 players.

“I jumped head-in, and he started to mentor me and let me practice on the gear,” says Rani. “It got to a point when he would let me play the early set with him at the club and a portion of the private parties that were booked before the doors opened for customers.”

The passion and excitement for blending music kept growing from there—and then things changed. When Rani was about 20, his dad got sick. The family decided to move to Phoenix. “It was a tough and hectic time,” he recalls, “but the decision was made to come for treatment at Mayo Clinic. If things had gone differently, my plans were to study in Switzerland.”

So, when he first arrived in The Valley of the Sun, Rani explored the music scene and became dedicated to meeting more people. His dad bought him his first proper DJ setup (Pioneer DJM-600 mixer and CMX-5000 dual-CD player), and then Rani sprung for some speakers (Mackie SRM-450s). He would play for himself mostly, at some small events and for friends, too.

“Initially, I wasn’t planning on DJing full-time,” he says. “I wanted to find the right job after graduating [from Arizona State] and do it on the side, which is what I did. But after some time at my corporate job, I decided it wasn’t for me. I took a break and, with the help of some friends and DJs, started getting a few bar/lounge gigs. A DJ-friend, Doc Maji, helped me land this new high-end sushi restaurant that also had a lounge, and I kept building from there.”

Rani was playing deep-house music, but incorporating live musicians and performers. He’d also mix in Global Soul, African and jazz-centric tunes. But, like most DJs starting out, Rani struggled to make enough money to get by—and it wasn’t easy to find venues where he could play more house music and less commercial/pop.

“At that point, I wasn’t thinking about things in the mobile-DJ capacity,” he says. “I just wanted to bring house and diverse music to more venues. It helped greatly at the time that I was able to live at home and slowly build from there. Through friends I made and networking, I was able to get more gigs from restaurants and bars and lounges and friends’ weddings, as well as places like The Desert Botanical Garden and The Phoenix Art Museum.”

“Clients liked my approach and what I was offering,” says Rani, who has performed with flamenco, Burlesque, and circus acts, plus bellydancers and samba dancers. “And also by taking inspiration from house music, ethnic rhythms, and jazz, and bringing that energy of playing ‘underground’ to the corporate world really made a difference. I also naturally assumed a can-do approach in terms of providing entertainment and event consulting. Clients always like to hear ideas about making their event stand out.” 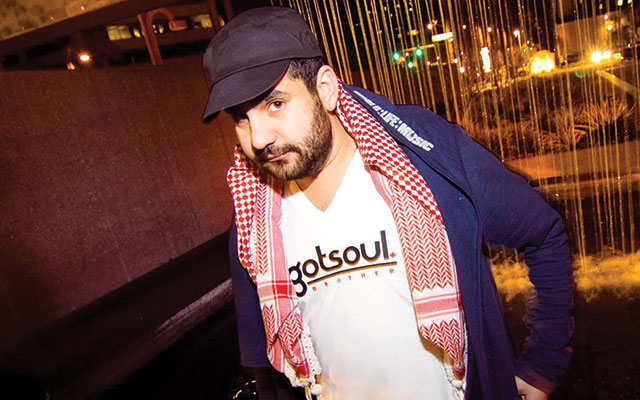 Essentially, Rani is bringing curated, quality music to the private event/corporate, lounge/restaurant and cultural/community event world. “I’ve worked really hard to explain to clients that I don’t like to play a lot of commercial/radio music and, over the years, it began to be part of my selling point. Clients now book me and want to work with me because of that attribute.”

For PA use, he often goes with the QSC Audio K Series with K-Sub or the JBL VRX Line array for certain gigs. For announcements, he uses a Sennheiser EW D1-845S wireless system. Though his gigs usually don’t require too much lighting, he has used uplighting in the form of ADJ Mega Tri Pars.

As he often works with traditional musicians, Rani’s set-up can vary. “When I’m contracting one to three musicians—like a sax, trumpet, congas and/or guitar—units like the DJM-800 or the XDJ-RX can handle two inputs. But I’ve played with and set up sound for more than eight musicians. In that situation, I’ll use my Alesis MultiMix 8 mixing board or rent one that accommodates more channels when needed—and run everything through it. Also, I use another great hack/gadget, the Mini XLR mixer from AV Lifesavers, which turns one mic input into three. It’s custom-made and very compact.”

When we ask Rani about the future, he says he thinks about it all the time. “I’m always asking myself how to stay current, diverse and engaging for my clients, their events and brands,” he says. “My aim is to keep raising the bar as far as entertainment, DJ style and collaborations. I have never been happy with just showing up to DJ and just play music. Of course, some gigs require that, but I always try to add more value.”

When asked about his five-year plan, Rani says he hopes to be working with more clients, bigger brands and resorts. Plus, he intends to continue doing events for Mo’Vida Arts for Awareness, a childhood-cancer-awareness organization that collaborates with various artists on fundraising and awareness campaigns.

And in 10 years? “One of my dreams,” he says, “is to collaborate with other partners and industry friends to open a unique supper club/lounge concept that is different from the norm. But my main goal is to keep spreading quality music to as many clients and settings as possible.” 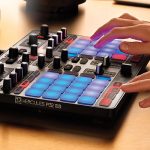 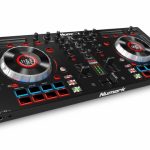