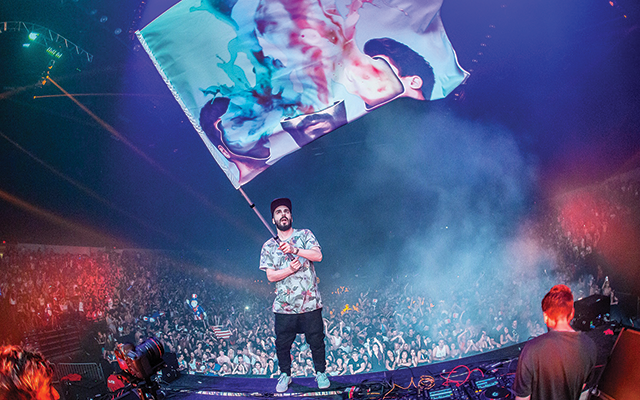 Doublemint Gum will lead you to believe that double the pleasure is double the fun, but for Cash Cash, the magic number is actually three.

The album’s origins—appropriately enough—date back three years to the trio’s crossover radio smash “Take Me Home,” which featured stadium-ready progressive-house stylings and an infectious hook sung by singer Bebe Rexha. The unexpected mainstream success of the single thrust Cash Cash into the proverbial stratosphere, leading to high-profile festival slots, relentless airplay, and residencies at top-tier clubs like Marquee Las Vegas.

In the 36 months since, the guys have been chugging away and releasing hit after hit, blurring the lines between club-ready smashes and old-fashioned songwriting with their innate musicality and methodical production process.

The end result of this hard work? A 16-track journey that features a jaw-dropping list of collaborators (including John Rzeznik of the Goo Goo Dolls, Busta Rhymes, Christina Perri, Nelly, and Fitz of Fitz and The Tantrums) that truly showcases the musical growth and maturity that the three Jersey boys have achieved in the years since they’ve traded in their band-based formation for DJ kicks.

We caught up with Jean Paul Makhlouf to talk about the road to the album’s release, as well as the unique circumstances of the group’s dynamics that have led to their creative success.

DJ Times: Congrats on the new album. It’s been a long journey, based on the title Blood, Sweat & 3 Years. How did the original ideas for the album begin to take shape?

Jean Paul Makhlouf: The funny thing is we always knew we wanted to make an album, but we never knew an exact time frame of when it was going to be done and we were just so focused on going song by song by song—not really rushing any of them. That was pretty cool because in the end, we have this album we’re even more attached to because we don’t have any songs we had to rush on just to make a record.

DJ Times: Was there a specific process or approach?

Makhlouf: Every song was like a little baby child, in a way. It was one of those things where eventually we were like in the back of our minds, “Yeah, when we have enough songs, we’re going to put an album out.” It got to a point where we just looked at the computer in the master folder and were like, “We’ve got a lot of songs. I think we’re done—we’re finally here!”

DJ Times: It was finished…

Makhlouf: We all just then knew that the album was ready, and when it came to naming it, it just made sense to land on Blood, Sweat & 3 Years because that’s pretty much what we put into the album. We fight a lot because we’re brothers, so we’ve got that brotherly love thing going on. There’s bloodshed, holes in the walls, late-night arguments, all for roughly three years.

DJ Times: Not to oversimplify it, but why make an album when so much of the EDM world is focused on singles and EPs?

Makhlouf: I think the three of us would agree that we grew up on albums—albums are how we would get attached to music. They would define periods of our life. When you put on a certain record, it could send me right back to high school or elementary school or college: What I was doing at that time, who I was dating, who I was friends with, who was in my life, who left my life. They’re really emotional things. They’re very powerful. It’s just this magic, you know? We wanted to do that. We felt like we needed an album to kind of define the last three years of our lives, which have been the best three years so far.

DJ Times: You wanted to mark this Era for yourselves.

Makhlouf: At the same time, we figured we would do that for people as well. We hope it has that same effect with the listeners who will eventually put on Blood, Sweat & 3 Years and remember the festival they were at or remember a certain person they were dating or emotion they were feeling. Sometimes it’s hard to do that with just one song, you know? People won’t necessarily associate a time frame with that one song, but when you have an album there’s just this crazy magic that I hope still exists for at least the diehard music fans out there.

DJ Times: Was there a specific audience you had in mind when making the album? Was it aimed at the dancefloor, radio, festivals, or something else?

Makhlouf: That’s a really good question. The simplest form of an answer I can think of is, overall, we knew going into it that we wanted to make a diverse album. We didn’t want to do the same song twice. The cool thing is that there are different songs linked together, like you’ll hear some of the progressive-house ones like “Surrender,” “Take Me Home,” and “Turn.” Then you’ll drift off and hear the stuff we did with indie-pop artists, rappers, indie-rock singers, alternative rock singers [like Goo Goo Dolls and Fitz & The Tantrums], so it’s this weird journey. They’re all connected in weird ways, but the overall album is really diverse as far as the features go, the tempo, BPM, and even just sonically.

DJ Times: Is there a musical thread that runs through it?

Makhlouf: I think there’s this thing that brings it together and makes it sound like a Cash Cash record by the little things like the production, mixing, and mastering as well as the way we do our vocals, the harmonies we choose—we tend to lean very melodic. When you listen to it, you’re going to think it sounds like a record even though it’s so diverse.

DJ Times: The first thing people are going to notice even before listening to the album is the striking set of collaborators on the tracklist. Did you go into the process with a wish list or did it happen organically?

Makhlouf: The one wish list I can definitely say was John Rzeznik from the Goo Goo Dolls. I’ve always wanted to do a song with him—even just meet him—since back in the day because we were so influenced by his music growing up. When we got in the studio with him, it was one of those moments that was like, “Holy crap! How did this happen?” Things started to snowball, and we realized that we were making a record that was going to mean so much to us from just the people we were working with that have been a part of our growing up.

Makhlouf: We grew up listening to him and idolizing guys like him. Even Nelly was an influence. It was crazy! Those are just the priceless moments that you really cherish beyond anything when you’re sitting in the studio with these people that you listened to and you were affected by.

DJ Times: Did the crossover success of “Take Me Home” open up more doors for you to work with even more vocalists? 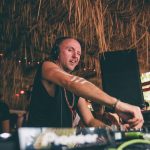 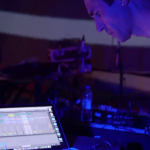