As I’ve noted before on these pages, it truly is a great time to be a musician or producer. Not only is it easier (and cheaper) than ever before to get music recorded and polished, but the array of tools to get the job done is remarkably broad.

The centerpiece of nearly any recording set-up these days is the Digital Audio Workstation, or DAW, and one of the veterans of this space is Sweden’s Propellerhead Software. If their DAW—Reason—was a kid, he or she would be getting their driver’s license right about now. Having originated clear back in 2000, Propellerhead recently rolled up its latest Reason incarnation, Reason 9, and with it, continues both to improve the product, and keep it anchored to a unique spot in the DAW market.

The Basics: I’ve reviewed Reason in the past for these pages, but it’s probably worth a quick, basic overview for those unfamiliar.

What makes Reason unique among DAWs is its approach. Sure, it has the stuff you’d expect and find in any DAW, notably a timeline view of both audio and MIDI material. But the design paradigm for Reason is based on skeuomorphism. In short, it means that the user interface of the product is modeled on the visual interfaces and general appearance of comparable, real-life, non-virtual counterparts. In Reason, this is presented in the form of a virtual equipment rack, and on the front, the rack components (synths, effects, etc.) look like rack-mounted hardware, replete with knobs you can “turn” and switches you can “throw” with your mouse. Flip the rack around, and you can “wire” things together with virtualized patch cables.

Skeuomorphism was all the rage for a time (remember earlier versions of iOS for iPhone and iPad where the calendar looked like a desk blotter, anyone?), but most modern software applications have recognized that technology users no longer need any usability training wheels. Reason, however, sticks to its guns, and while to my deeply technology-focused eyes it looks a bit archaic, it is this design approach that makes Reason… well, Reason. And I’m not sure I’d change it even if I was the software guy in charge of the product.

As I’ve noted in past coverage of Reason, the biggest issue I have the with user interface isn’t the skeuomorphic design, it’s the fact that the design doesn’t work well on smaller monitors, and Reason 9 doesn’t improve that. In my view, it makes the software suitable for studio use on large monitors—and a bit less so on-the-go, especially if it’s running on a smaller form factor laptop.

Once you get beyond the interface, the biggest issue I have is with Reason’s lack of support for industry-standard plug-ins, such as VST or Audio Units, which continues with this latest update. It’s a “walled-garden” approach that brings both benefits (predictability and potentially more stability) and drawbacks (your choices are limited to what Propellerhead and its partners offer).

What’s New in Reason 9? DAW upgrades these days are starting to feel much more evolutionary than revolutionary. It’s almost as if software engineers have run out of wild, new ideas, or they’ve pushed the hardware envelopes as far as they can. Whatever the reality, Reason 9 isn’t an exception in my view, and while it absolutely iterates on the maturity of the product, and adds polish all around, it does not bring huge amounts of innovation to the table in the process for the $129 price tag that existing Reason users will have to pony-up to get it. Your mileage, of course, may vary.

In any case, one of the metatrends in the music-making space is the increasing availability of tools that help automate aspects of the music creation process. Reason brings their spin on this to Version 9 in the form of a new rack device called Players. These specialized plug-ins help take simplistic musical concepts, and expand upon them.

The Players include Scales & Chords, which help keep you from playing wrong (out of scale) notes, as well as helping you to craft compelling and accurate chord progressions that form the harmonic basis of most music. Note Echo is perhaps one of the cooler Players; while it behaves like a delay effect adapted to a sequencer environment, its ability to manipulate pitch in the process brings some really interesting options to the table for crafting some pretty cool ear candy. Finally, Dual Arpeggio is, as the name suggests, a dual arpeggiator—one that brings some interesting new layering and texturing capabilities to Reason’s instruments.

It goes without saying, perhaps, that all three of the Players can be stacked and layered in whatever order you want, multiplying the net creative effect. Propellerhead’s teaser videos for Reason 9 stoked my appetite, and tinkering around with them on my own in the software made me want to spend a lot more time with it than I’d planned for this review. Pretty cool stuff, honestly.

The remainder of the new enhancements in Reason 9 truly do fall into the “very useful, but not Earth-shattering” category in my view, but that comes from the perspective of someone who uses a range of DAWs—not just Reason alone.

One of those enhancements is the new audio-pitch editor. Without question, audio-pitch editing has been around for a long time now, but it’s been the domain of plug-ins—generally from one or the other of the two industry leaders in the space. Propellerhead now offers these capabilities out-of-the-box, allowing you to adjust both pitch and timing of vocal recordings, perfecting them as desired, and helping compensate for less-than-perfect takes. The value of these types of tools is hard to dismiss; it’s pretty much “must-have” capability for most of today’s music genres, and Reason’s implementation of the concept is both effective, and easy to use.

Similarly, Reason 9’s new audio-to-MIDI functionality brings to Reason capabilities that have been available in the product’s competition for some time now. Be that as it may, the ability to whistle, hum or sing notes and have them translated to MIDI and then patch them to synths (like leads or bass lines) can be pretty useful—especially for those whose keyboard skills (for instance) might be more limited than they’d like.

In testing this capability, it performs not unlike the implementations I’ve seen in other products of similar features, which is to say, it’s not 100-percent perfect or accurate in its conversions. But once the MIDI translation is done, you can easily manipulate the notes to your heart’s content, so perfection isn’t really the point.

Reason 9 also brings a range of workflow enhancements to the software, improving usability and productivity, with additions like bouncing in place, reversing MIDI, and more, while new visual themes help you tailor the software to your preferences.

Finally, Propellerhead spent a lot of time creating a wide range of new presets for the product as well. The company claims to have added 1,000 new patches, which both new musicians and seasoned veterans alike will opt to use either as-is, or as starting points for crafting sounds without the hassle of doing so completely from scratch. In browsing some of the library, I can attest to the quality of these additions; lots of fuel there for your creative fires to be sure, and honestly, Reason’s presets have always been among its high points.

I particularly like Thor, Reason’s so-called “polysonic” synth. The provided patches cover a massive range of audible territory, from really nice digital pianos to rich, textural trance leads, to deep basses and wild sound effects, and it seems like there’s barely a dud among them. It’s probably one of the reasons that diehard Reason fans don’t seem to notice, or care, that they can’t bring in VSTs or AUs. With this much to choose from already included, who needs them?

Conclusions: To be certain, Reason 9 brings a fair amount of fresh “newness” to the table in a unique approach to music creation and production that continues to fill an important niche in the DAW marketplace. With valuable new creative capabilities like Players, and long-awaited features such as vocal-pitch editing, the product may not blaze huge new trails here—but it does enhance the product in ways that the product’s core audience will surely appreciate.

The $129 upgrade price tag is hardly the king’s ransom, but whether a Reason user will feel like putting out the money will depend on how useful the new capabilities might be in their particular situation. 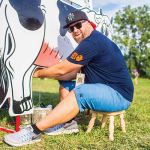 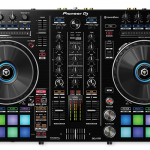