We asked several mobile jocks throughout the country about the best DJ gig for which they ever performed. Not necessarily the biggest money-maker, but an event during which they succeeded in turning a mere “nothing” into something much, much better.

In KoKoruz’s case, the solution to the party-dashing health dilemma at his gig was to first of all simply lower the music and ask if anyone in attendance had any medical training.

It was just like any other wedding reception gig KC KoKoruz in Chicago had ever booked. In this case, he had met the Shannon family years ago at a corporate gig, he’d DJed all five of their kids’ weddings, and had come to be considered their “family DJ.”

So when KoKoruz, the owner of The Keith Christopher Entertainment Group, was scheduled to book the wedding of one of their cousins, he expected nothing to be out of the ordinary.

“It was a beautiful day and the reception was held at a beautiful resort,” recalls KoKoruz. “The cocktail hour was uptempo and fun. The introductions had everyone laughing and cheering and on their feet. The first dance and parents’ dances went flawlessly, and then I opened up the dancefloor and it was packed from the first song.

“This was going to be another amazing Shannon family wedding.”

But two songs later, a coworker of the bride’s mother had a heart attack – and, somehow unbelievably, that gig ended up being the best-ever that KoKoruz can remember.

“A police officer and a nurse in the crowd started CPR and 911 was called,” he recalls. “I asked everyone in attendance to leave the ballroom to allow the paramedics the room needed once they arrived.

“Honestly, I didn’t want anyone to witness a man dying at a wedding reception.”

Sadly, when the paramedics arrived the man had indeed passed away, but KoKoruz decided the best solution would be to pretend that everything was going to be alright.

“The staff at the resort straightened up the room, we reopened the doors and everyone slowly walked back into the room with a look of ‘OMG’ on all of their faces,” he says. “I got on the microphone and said something to the effect, ‘Today, we’ve all come here to celebrate the beginning of this bride and groom’s life together, and what just happened is proof of how precious life is.’

“‘Now we need to embrace life and celebrate life—and that includes tonight.’”

The father of the bride said a prayer, and then the played a slow song and asked everyone to hold their significant other a little tighter.

“I then hoped, prayed and took a chance that I could open up the dancefloor again with something uptempo,” says KC – and amazingly, he reports that it worked.

“Everyone danced all night long, and the hall even extended the bar into overtime because of what happened,” he says. “And I’ve never ever had so many people truly thank me sincerely for all of my efforts than I did that night.”

Though not nearly as heartbreaking, Artem Lomax in Roxbury, N.J., experienced his favorite gig at a corporate holiday party.

“As we all know, corporate holiday celebrations can vary in expectations, attendance and atmosphere, based on company culture,” says Lomaz, owner of NinetyThree Entertainment. “This was a holiday celebration for a large medical corporation, with a guest list comprised heavily of healthcare professionals.”

This also happened to be the first year Lomaz’s DJ service had been this company’s entertainment provider, so none of the guests (or even the guests’ guests) knew what to expect.

“And that ended up being part of the fun,” he says. “When it first seemed like we’d have a hard time pulling everyone away from the open bar, we gradually had them enjoying the various elements of cocktail hour, encouraging them to play interactive games, get acquainted with our interaction coordinators, and really elevate their expectations for the rest of the evening. Once the initial ‘who’s-the-new-guy’ apprehension wore off, we started testing the waters for the dancefloor.”

Lomaz says many companies experience employees leaving the company party early—they may have to get up early the next day for work, they may have kids and/or parents at home that they need to tend to, etc.—and this company’s planning committee had expressed concerns that very few guests in the past had stayed until the conclusion of the event.

“But I, personally, took that on as a personal challenge,” he says. “Happy to say, we kept them there—and dancing—the entire evening, up until the final song. It also helped to have the event at one of the top event venues in New Jersey, and the staff at Seasons played a large part in the evening’s success.

“I didn’t know how they would react to giveaways and prizes, as the company had accommodated some branded take-home items, but throughout the night they were lining up to try to win our prizes and collect our light-up giveaways.”

To turn this hum-drum party into something spectacular, Lomaz says he and his staff actually brought a bar/bat mitzvah type of atmosphere to the corporate holiday celebration, and did so with great success.

“I’m extremely proud of my team,” he says, “for what we were able to achieve that evening, which ultimately led to us securing that corporate account for their future annual celebrations as well.”

The most unique and over-the-top and memorable event Adam Tiegs in Seattle, Wash., ever had was at a Halloween event back in 2007. It was to be a surprise party for a couple that had been together for a very long time—with a surprise wedding thrown in the mix.

“They didn’t even want their family and close friends knowing what was to happen at the event,” says the owner of Adam’s DJ Service. “It was planned like this: The first hour was cocktail hour, the second hour was the meal, and then the entertainment—a contortionist, comedic jugglers and then a magician.

“And then would come the costume contest everyone was waiting for, for which a big prize was promised.”

But first, a “best man” and “maid of honor” were called up on stage for having the worst costumes. “Then,” says Tiegs, “a ‘groom,’ who had a four-hour make-up job to make him into Frankenstein, was called up on stage—in character, of course—to ‘punish’ these two for their bad costumes.

“The ‘groom’ intentionally seemed to get a little angry, and my MC—a friend who was the ‘officiant’—asked the audience for a ‘mate for this monster.’ That’s when a ‘fiancée’ came up, dressed as the Bride of Frankenstein, and boom… right into a wedding ceremony for real.

“Many guests yelled out, ‘We knew it!’ or ‘It’s about time!’ So, after a quick ceremony and first dance, the party continued for a couple more hours. I played everything from ‘Thriller’ to ‘Ghostbusters,’ as guests danced the night away in a venue with lots of Halloween décor and awesome lighting.

“The energy was amazing and I continue to keep in contact with these clients to this day.”

The favorite memory for John Donovan, The Party Percussionist from Stroudsburg, Pa., was his first-ever Hyperglow concert at the Sherman Theater.

“Our headliner that night, DJ Bl3nd, invited me to perform with him for the last 35 minutes of his set, and I’ll always cherish that,” he says. “His energy level was off the rails, and it impacted mine as well.

“That night, I performed a stage set with resident DJ Blaise Venga, and did a mobile snare set on the dancefloor with Fight Clvb and Bl3nd, and that’s when Bl3nd invited me out to close out the concert with him.”

Donovan says he’d seen Bl3nd’s videos for years and was in fact aware when he’d been nominated for DJ Times Top 100 list for America’s Best DJ.

“Performing with such a well-known DJ in my very own hometown at our largest local event venue, which was packed, really inspired me,” he says.

“When I’m emotionally inspired, it’s very easy as a performer to exceed my usual performance standards. Bl3nd’s energy level was unlike anything I’ve encountered in the DJ industry, as he brought out a side of my artistry that even I was unaware of. I was emotionally peaking with Bl3nd and it was beautiful.” 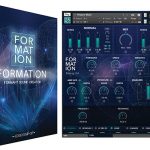 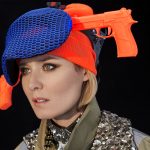