The latest mixing plug-in from iZotope is Neutron and, in some ways, it picks up where Ozone—the Boston-based company’s mastering software—left off.

While iZotope’s Ozone has been widely used as a mastering and instrument bus plug-in, Neutron aims to assist us in solving some of the mixing issues that challenge us on a daily basis.

Designed in a CPU-efficient channel-strip format, Neutron has a Standard version and an Advanced version. The Advanced version allows for individual use of the channel strip’s plug-ins (Compressor, Transient Shaper. Exciter, and EQ with Masking Meter). It also supports up to 7.1. Simply stated, iZotope wanted to create a smarter way for us to mix!

Main Features: For this review, I want to focus on what I believe are the plug-in’s two most important features – Track Assistant and Masking Meter. Let’s begin with the Track Assistant, which has the ability to automatically detect different instrument types, and provide custom starting points for mixing, based on the instrument detection. This technology is the first of its kind and it’s designed to help you work optimally, while allowing you to remain in charge of mixing.

Here’s how it works: You engage Track Assistant and play about six or seven seconds of your audio, allowing it to process and analyze, and the end result is that the instrument type is detected and tagged in the lower right-hand corner of the UI. Track Assistant will also engage a “suggested” signal chain within Neutron’s channel strip, providing starting points for each of the plug-ins used.

Let’s take the EQ section, for example. As Track Assistant analyzes the audio, the EQ nodes will automatically move and settle on the frequencies that require attention, as well as add and subtract gain and setting Q amount. It’s a very smooth process and, for many of you who are up-and-coming engineers, this is a fantastic ear-training tool. You have the ability to solo each node, to better understand why the specific frequency was chosen.

Within Track Assistant, you can choose between three algorithm modes: Subtle, Medium and Aggressive. And, there are over 500 presets to choose from once you’ve selected your algorithm mode. Presets can serve as a wonderful starting place, but you should always take the time to explore the settings on a deeper level. In other words, don’t take a “set-it-and-forget-it” approach to using the presets.

Masking Meter will help you focus on the entire mix, uncovering competing frequencies, and it does it in a very creative and intelligent way, using the histogram. I’ve always felt that the low end of a mix is one the hardest areas of a mix to dial in, and I spend the most amount of time on it.

All instances of Neutron are visible through a drop-down menu in the middle of the UI, so when I open up the plug-in on the kick drum, I can quickly select the bass track from the drop-down menu, and now I can see both histograms from within the kick-drum UI, with the kick drum on top and the bass on the bottom. As I play the mix, I can zero in on frequencies that need boosting or cutting.

Other Features: Not to be overlooked are Neutron’s great-sounding compressors, exciter, limiter and transient shaper. All are extremely useful tonal shaping tools, and the compressors have three bands, so multi-band compression is an option if you need it.

At the very end of the signal chain is the limiter. A nice bonus feature is an “undo history” function, so you can always go back a few moves, in case you made some adjustments that you don’t like.

Wrapping Up: Neutron Standard has an MSRP of $249, while the Advanced version lists at $349. So, I must say that iZotope has done it again with Neutron, another incredibly powerful mixing tool, one that will surely find a home with mix engineers, post-production engineers and DJ/musicians.

If you have any questions for Josh Harris or Making Tracks, please send them to djtimes@testa.com. 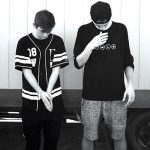 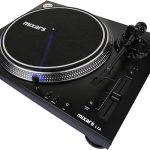