It’s official; Moon Boots is set to release his long-awaited debut album this August on Anjunadeep.

The Brooklyn-native decided to share the exciting news by unveiling the 10-track LP’s lead single, “Keep The Faith” featuring Nic Hanson to the world, which has been a staple in his sets for quite some time now.

First Landing is primed to be Moon Boots most impressive body of work to date, showcasing his versatility as a producer featuring his many influences including classic U.S. house, funk, soul, expansive electronica, and a sprinkle of sun-kissed R&B. This album announcement also comes in conjunction with the news of his First Landing tour kicking off next weekend, July 8th.

Take a listen “Keep The Faith” and check out the complete list of tour dates below and don’t forget to pre-order your copy of his debut album at moonbootsmusic.com today. 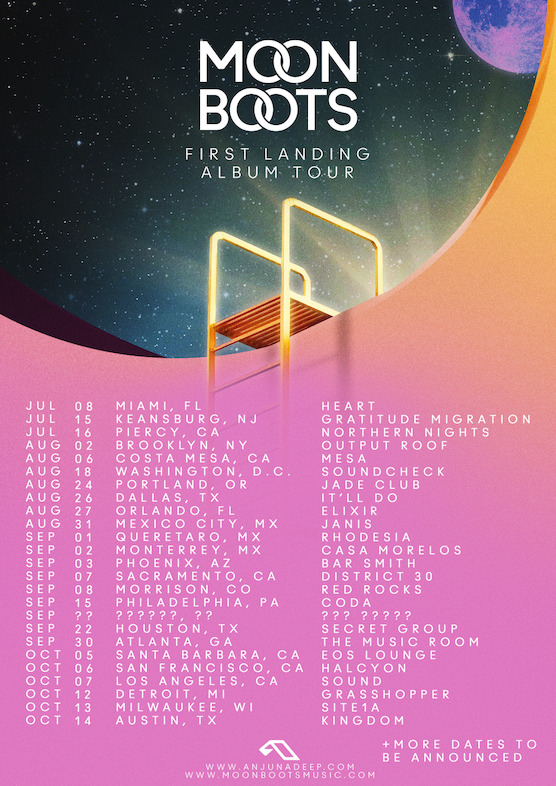