Montreal bass juggernaut, Snails, has been in a league of his own since first emerging onto the scene almost four years ago and while he’s had quite the successful career thus far, his latest announcement is easily his biggest to date.

Dropping a number of anthems, playing at the most predigest venues and festivals across the globe while essential creating his own gene (vomitstep), this Canadian looks to take things to the next level this fall with the announcement of his debut album, The Shell.

Not only did he release the album’s first single “Into The Light” featuring Sarah Hudson as a bit of a teaser but Snails has also revealed he will embark on his massive “The Shell” global tour which will feature mind-blowing production.

Take a listen to Snail’s lead single below and visit officialsnails.com for more information regarding his fall tour.

Take a listen to Snail’s lead single below and visit officialsnails.com for more information regarding his fall tour. 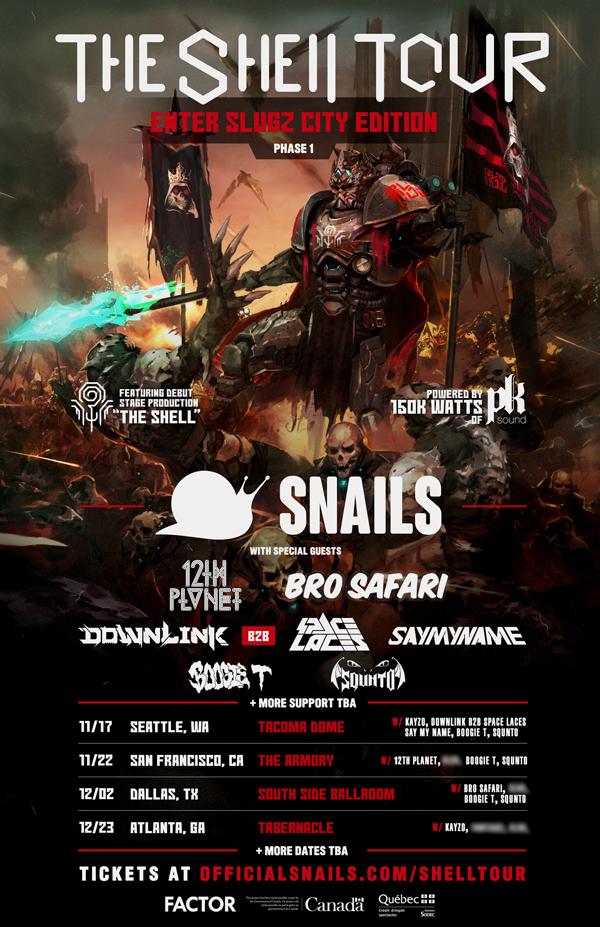