There has been no shortage of new What So Not music with release of his “Redrum” remix and his original empowering original, “Better” followed by his colossal remix of AWOLNATION’s “Run” with QUIX which has all lead into what is arguably one of the biggest singles of his career.

Joining forces with Silverchair frontman Daniel Johns, the Austrailian producer has unveiled his latest original single, “Be Ok Again” as a precursor of what’s to come in the new year.

“Immediate paralysing sadness, optimism, nervousness and excitement. This song explores how we redefine and rebuild our reality upon dramatic ends to relationships,” said What So Not. “It was inspiring bringing someone of Daniel’s calibre in on this piece and I’m thankful for how much he pushed me creatively.”

Similar to “Better,” this looks to be another single of off his highly anticipated album which is set to be released at some point in 2018 (hopefully). Until we receive his latest body of work in full, these singles will have to do. Enjoy!

MusicWhat So Not
0
Author Brian Bonavoglia 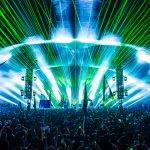 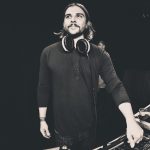