When an artist drops a debut album, there is usually quite some time before fans receive a follow-up and in most cases, we’re talking a least between releases. However, San Feldt has proven to be in a league of his own.

Just six weeks on from the release of his debut album Sunrise, the esteemed Dutch producer Sam Feldt surprised the electronic community dropping a 12-track follow-up album, Sunrise to Sunset. Yes, two albums in a two-month span. With each album being 12-tracks resulting in 24 total, the albums combined are representative of the 24 hours of the day.

Being a significant departure from his debut album, Feldt has chosen to go a deeper and more experimental route with Sunset creating a perfect balance with the previous album Sunrise. 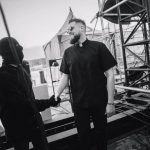 Tchami & Malaa’s “No Redemption” Tour To Invade The Brooklyn Hangar 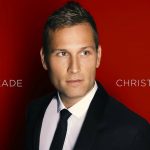 Kaskade Gets In The Spirit Of The Holidays With “Kaskade Christmas”