Currently amid his highly anticipated Gouldian Finch 2 tour, it’s safe to say San Holo hasn’t lost an ounce of momentum since the release of his breakout hit, “Light” and looks ride this wave well into the new year.

With him and his eclectic imprint, bitbird, both having a monster year separating themselves from the rest of the pack, the Dutch producer looks to provoke pure emotion once again with his new original, “One Thing.”

His latest single will strike a cord with whoever may be listing simply because it’s true, we’re all chasing something. With an airy vocal offering, sparkling synths and an overall light-hearted soundscape, it’s safe to say the bitbird mastermind has yet another hit on his hands.

Take a ride on Holo’s latest emotive rollercoaster below. 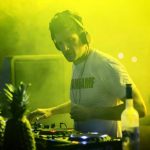 DESTRUCTO Wants To See Your “Bassface” 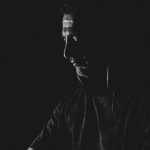