It’s interesting to me that when it comes to DJ gear, there are essentially three market segments: The high-end—i.e., the sort of gear that international DJs put in their riders and clubs choose as their standard equipment; the low-end, where bedroom DJs cut their performance teeth and learn the basics; and the middle, where you often get many of those high-end features, repackaged in a way that they can be offered at a more digestible price point.

Here at DJ Times, we welcome DJs of all stripes and the gear that goes with them, and one of the best parts of this job is being able to put my hands on solutions that cost a hundred or two, up to $10,000 (or more), and all points in between. It’s also been interesting to see if and how capabilities trickle down those tiers, which is why I was interested in checking out the Hercules Universal DJ — a controller that promises to bridge the gulf between laptop, and tablet/smartphone DJing.

Hercules, the brand of France-based Guillemot, has been cranking out affordable DJ controllers for at least a decade or so; it was a Hercules controller that was the very first piece of kit I reviewed for this magazine roughly that amount of time back. With some of the novelty features the company’s included along the way, one might argue that some of its products are targeted squarely at consumers, and probably young consumers, specifically. But many of their controllers I’ve used over the years have a more serious side, delivering solid utility and function at consumer-friendly price points.

The Universal DJ comes in at around $250 list, and south of $200 on the street. So, with its aspirations of supporting multiple DJ approaches, how’d it perform? Let’s take a peek.

Set-Up & Use: Like most controllers these days, the Hercules Universal DJ is plug-and-play on Windows and Mac computers, eliminating the need to do anything other than connect a USB cable. The bundled DJ software with the Universal is Hercules’ own DJUCED 40°, which through a number of updates has proven itself to be a pretty serious player in the space — in that it looks nice, works well, and in my admittedly limited use, has seemed quite stable.

With its support for standard MIDI, the Universal can also be used with other DJ applications, including Traktor, djay Pro, and Virtual DJ — all of which have Hercules-provided mapping files available from the company’s support web site.

In an apparent nod to the market position of the Universal, the audio connectivity is limited to stereo RCA connections. A pair of RCA to XLR conversion cables I keep near my test bed let me hook up to my usual monitors. On the front bezel, you’ll find a ¼-inch headphone jack; you’ll need to provide your own adapter for a smaller 1/8-inch plug — as that’s included in every pair of DJ headphones I’ve seen to-date, that’s hardly a problem. With all that connected, and a current version of DJUCED 40° already installed, I just fired up the software and went on my merry way. If you already know the basics of DJing, there’s really no learning curve here. I particularly liked the feel and operation of the rotary encoders (platters), which behaved just as I’d expect them to for both scratching and beat alignment.

There are a few things about the Universal that struck me immediately. One of them is the absence of any sort of master level control; changing the output volume required using the mouse to click and drag the virtual knob in the DJUCED software. Secondly, is that the use of the crossfader is required, a limitation that, when I run into it, is always a disappointment as a dedicated member of the “no-crossfader” club of DJ control.

Hercules’ focus on the Universal seems to be on its being consumer-friendly, with a “cool-look” design that would stand out from its competition sitting on a store shelf. I think they achieved that. But it is a physically small controller, and the limited real estate on top has limited what all is at your fingertips in hardware. Multi-purpose pads, eight per side, are available for controlling cue points, effects, and the sampling and looping features of the software. I could argue that a more conventional location, and a more accessible one, would be under the rotary encoders, not above them, but with a controller of this size, that’s a nearly irrelevant nit.

Toward the upper top of the controller is a small panel of iconography that depicts the unit’s operating mode. You can switch between laptop, multi-screen, and tablet mode. That depiction, and the way that the Universal is pitched, would lead you to believe that the unit provides a bit more than it does in this area.

Laptop mode is everything I’ve talked about to this point; conventional use with DJUCED on a laptop or desktop, Windows or Mac computer. Multi-screen mode is a combination of laptop mode, and ancillary control methods accessible from a smartphone via Hercules’ “DJUCED Master” app. The Master app itself allows you to use your smartphone as a sort of remote control for the controller itself, adjusting levels, mixing, etc. The sales pitch is that this lets you join the party instead of sitting behind a table or whatever is serving as your DJ booth.

Tablet mode is as the name suggests; Hercules has created a DJUCED app you can load on your tablet, and use the Universal as a hardware controller. There are some challenges with both multi-screen and tablet modes, however.

First, both use unauthenticated Bluetooth connections as the link between the mobile device and the hardware. What that means is that there is no verification, no passcode, etc., of the type that you’re probably accustomed to when you pair Bluetooth headsets to your phone, or your phone to your car’s audio system. Perhaps a longshot, but it could permit someone to make an unwanted connection to your controller, and have a little fun at your expense.

But more importantly, the Bluetooth connection itself exhibited some latency in my testing; in other words, there was a delay between a command on the app, and the corresponding action on the laptop (in multi-screen mode), or vice-versa (in tablet mode). That seems to leave these two modes a bit in the novelty camp for me — something that just would not cut it for serious use. It’s worth noting that the latency was evident when my device was just inches from the controller. Given the distance limitations of Bluetooth, I have to imagine that wandering too far away from the hardware with your device would only make the latency worse until the connection is lost.

Additionally, while Hercules has proven its software chops with the desktop version of DJUCED, both of the apps leave a bit to be desired in terms of modern mobile user experiences. I would describe the interfaces as Spartan, or basic; they don’t exhibit the sort of UI design polish that a typical iOS or Android user would logically expect. They fulfill their respective missions, I suppose, but I found it a little too easy to touch something by mistake and end up hosing my performance. (Of course, grazing something by mistake is an issue with touchscreens in general.)

I also found it curious that the Bluetooth connection between the controller and the tablet in tablet mode is limited solely to control — there is no audio connectivity. Without an ability to effectively cue up tracks, and with audio output limited to the tablet itself, I’m left wondering what the actual use case for this approach might be. The manual for the Universal doesn’t explicitly mention this, and the diagrams and other narrative would lead you to believe that it works the same way as laptop mode, with audio coming through the controller. Perhaps more than any other issue, this one is the most surprising.

Conclusions: Given how the Hercules Universal DJ actually supports tablet-based DJing, I’d consider this to have only two viable usage modes: laptop and multi-screen. For multi-screen use, it’s my hope that Hercules’ DJUCED Master app will receive some much-needed love in the user-experience department, because the functionality itself does have some promise.

For laptop mode, the Universal performs nicely given its small size and limited control real estate. As long as you’re comfortable resorting to the mouse for things like master-output levels, it works well with the company’s DJUCED 40° software, has a nice pair of platters, and all the capabilities required to put on a decent DJ set. And with a street price of around $200, it’s not a bad turnkey solution. Just focus on the laptop mode — the place where the Hercules Universal DJ truly shines. 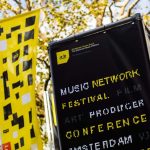 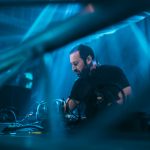