Big news coming from the world of electronic dance music with Billboard announcing its first ever Billboard Dance 100 list.

Billboard Dance 100 is going to be a comprehensive and credible ranking of the top 100 artists in the world of dance/electronic music using legitimate information compiled by Billboard’s editorial and charts departments.

The list will be informed by charts statistics (streaming, track sales, album sales, and radio airplay), touring data (show capacities, festival bookings, and residencies), as well as a fan-voted poll.

For the fan-voted poll, each user will get one vote, and any irregularities will be disqualified. This means no funny business.

From February 26th- March 16th electronic music fans can vote for their five favorite dance/electronic artists in a poll on billboard.com.

“The Billboard Dance 100 fills the need for a holistic, data-driven ranking of dance music’s diverse range of talents,” said Matt Medved, Director of Dance and Electronic Programming at Billboard. “From pop hit makers and club curators to hard ticket-movers, all successful artist models will find a home here.”

The final list will be revealed between March 21-22 with an event taking place at 1 Hotel South Beach during Miami Music Week. 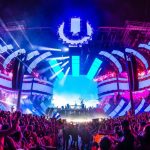 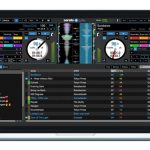