It’s not too often we see superstars like David Guetta and Martin Garrix join forces more than once, however, if you haven’t learned by now these two play by their own rules.

Following the groundbreaking collaboration “So Far Away,” the two electronic juggernauts have reunited for an explosive festival anthem, “Like I Do” featuring Brooks which has arrived just in time for Miami Music Week.

“‘When we hit the studio we were already working on several tracks. After we saw the great response on So Far Away we thought f*** it we will release another track together straight away.” Guetta explains.

Turning things up a notch compared to their first collaborative effort, “Like I Do” is a blistering blend of big room and progressive elements with an infectious pop touch with Brooks soaring topline bringing it all together seamlessly. Listen below! 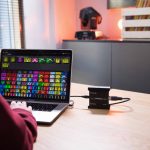 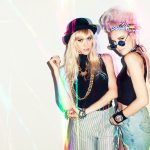 NERVO Shares Infectious New Original, “Why Do I”