Not long ago, I reviewed Native Instruments’ Komplete 11, the Berlin-based company’s preeminent collection of software synths and effects. But software is only one part of Native’s Komplete offering; the Komplete Kontrol S-Series keyboards are the hardware side of the equation.

Designed to dovetail perfectly with any edition of the Komplete library, the Komplete Kontrol S-Series keyboards (which I’ll refer to as “KKS” for the remainder of this review) also provide support for third-party plug-ins compatible with NKS — the Native Kontrol Standard. More on all that later.

Creating this two-sided ecosystem for music making has a number of clear advantages; no other MIDI keyboard can provide the broad, deep, functional integration with the software — and the software is considerably easier to use with the matching hardware in place. Can you use one without the other? Absolutely. Is the whole better than the sum of the parts, however? Absolutely.

While the KKS keyboards, spanning 25-, 49-, 61- and 88-key models, has been out for a few years now, Native recently introduced the next iteration of the KKS hardware, dubbed “Mk2,” consistent with Native’s usual hardware naming practices. However, the new Mk2 offering is currently available only for the 49- and 61-key models; the 25- and 88-key versions remain at the now so-called Mk1 iteration.

For this review, I’m looking primarily at the brand new 49-key KKS Mk2 keyboard, while commenting as well on the older 88-key KKS Mk1 model for comparison.

First Impressions: After viewing the promo videos Native Instruments had already released, I was pretty excited when I started unboxing the KKS Mk2. Perhaps the biggest immediate difference between the Mk2 and the Mk1 consists of a pair a small color LCD displays right on the top of the unit. Along with the displays are considerably more controls than were present on the earlier versions.

Once I had the KKS Mk2 set up (more on that below), those displays immediately came to life, and revealed that they’re there for a much bigger reason than just looking good (although they succeed in that, too). Native seems to have understood that one of the biggest challenges in using soft-synths — let alone a huge library of them like one finds in the various Komplete collections — is just understanding and finding sounds to use, either as is, or as starting points for further refinement. And that, it would appear, is a central focus of the KKS Mk2, one they’ve succeeded quite well at, representing a huge improvement over the workflow of the Mk1 series.

To make that work, part of the Komplete Kontrol software — the software (both standalone and plug-in) that makes the KKS units tick — is now an accessory sound library called Previews, installed separately from, but as part of, that software. In it, Native has prepared sound previews for the thousands of patches provided with Komplete, along with previews of key, third-party NKS synths. Those include synths that are based on Kontakt, like those from Output that I’ve reviewed previously for the magazine, as well as select, NKS-compatible, conventional plug-ins from companies like AAS. [According to the company, the Native Browser Preview Library includes previews for all NKS Instruments released prior to September 2017. All NKS Instruments released after that date ship with their own previews, meaning that every preset that appears in the Komplete Kontrol Factory tab has a preview.]

The net result is that you can preview sounds with incredible ease across all the plug-ins, and more importantly, do it with incredible speed. Using knobs on the KKS, you can filter content based on Native’s usual content tags, narrowing down the field as needed. Once you find something you like, a single press loads the corresponding synth and patch. Gone is the painful, manual process of loading a patch, playing a note; loading a patch, playing a note; loading… You get the idea. Finally, tapping all that rich content in Komplete 11 Ultimate (for instance) is no longer akin to an extended stay in a dentist’s chair.

It’s worth noting you can insert standard, non-NKS plug-ins (such as VSTs) into Komplete Kontrol as well, enabling enhanced control of plug-ins. The mapping uses automation, so any parameter that can be automated in a host can be mapped to a KKS Mk2 knob. I tried the popular Sylenth analog modeler this way, and got direct, hardware control of most of its tweakable settings, documented on the displays of the KKS Mk2, and mapped to the eight knobs underneath, across fully 16 pages which can be navigated with buttons. The auto-mapping can also be customized and saved as a KK User preset.

Also new in the KKS Mk2 is much tighter, much deeper DAW integration. The unit shipped with both Ableton Live and Logic Pro X support; broader support, including Steinberg Cubase, is expected later this year. [According to Native Instruments, Cubase support is now available in KK 1.9.3.]

Set-up & Use: Like the rest of Native’s offerings, the KKS Mk2 leverages Native Access, an application that combines registration, authorization, installation and update-management in a single place. Getting started is easy, and it’s little more than installing Native Access if you don’t already have it, then entering your serial number. That registers the product, and unlocks the downloads you need. The keyboards come with Komplete 11 Select (2,500 sounds across 11 products; 25+ Gig of content total), as well as Komplete Kontrol, and the sound-preview library I mentioned above.

That part’s easy and quick, but DAW integration, however, is a slightly different story. As an Ableton Live user, I’ve been through this before with the 88-key KKS Mk1, and doing it with the newer software for the Mk2 involved the same process — one that’s a bit cumbersome. It should be noted that this is specific to Ableton – Logic Pro X and Cubase don’t require files to be manually copied.

Once Komplete Kontrol is in place, you have to manually copy a few items from the Komplete Kontrol installation itself, into two separate locations. For Mac users like me, some files have to be copied into the Ableton Live package file itself, while others go to a specific file system location. There are similar steps for Windows users. While Native’s directions are quite clear and complete, I have to believe that many less technically inclined users might well be challenged by these required steps. If you don’t want or need the DAW integration, you can certainly skip them — but you’d be missing out on part of the KKS’ value and utility. My advice is simply to read the instructions carefully, and take your time.

Using the KKS keyboards is, simply put, a delight. The entire family uses keybeds manufactured by Italy-based Fatar; the 88-key version (again, available only as Mk1, without the new color displays) is a particular joy to play due to its smooth hammer action. It may sound over-the-top, but I’ve honestly never played a better-feeling, more responsive, more accurate MIDI keyboard. Ever. Paired with one of the fantastic pianos from the Komplete 11 Ultimate collection, it comes as close to a real piano-playing experience as I’ve ever had — without a real piano, anyway.

For the smaller keyboards, including the 49-key Mk2 I evaluated, the keyboards omit the bulky hammer-action keybed, replacing it with a more conventional feel and action, but no less enjoyable to play. The touch is silky, and the responsiveness accurate.

While I’ve already covered browsing content on the Mk2, what I’ve not mentioned is the ability to customize sounds you’ve loaded. Each synth has its own tweaking options; some (e.g., Absynth) more than others (e.g., Output’s Exhale). [According to Native Instruments, it’s also possible to make custom mappings and save these as User presets. Any parameter that’s automatable can be mapped to a KKS mk2 knob.] What are deemed the “most useful” or “most important” tweakable options are pre-mapped to knobs on the KKS, whether Mk1 or Mk2. The new Mk2 places the user interface into the sexy color displays, making them easier (and clearer) to see and use than the small, fixed-character, monotone LCD displays on the Mk1.

Perhaps my favorite feature of the KKS keyboards, and what created some serious gear lust, is what Native calls a light guide. Each key on the keyboard has a multicolor LED behind it, whose primary value is to indicate color-coded key zones that are so commonly used in the popular Kontakt-based instruments that make-up a lot of the various Komplete collections (and in third-party plug-ins as well). The clear indications of these key zones is critical to using them properly, so not having to guess how it lays out or where the boundaries are offers a massive usability boost. (I should note that the light guides can also display scales and more, arguably making them the most useful single feature of the KKS series.)

The KKS’ DAW integration provides basic capabilities like transport controls, but with the Mk2, those capabilities have been expanded to include more control over things like project navigation within the DAW. As is the case with pretty much every DAW controller I’ve used, the KKS isn’t going to eliminate the need to touch your computer mouse, but it does add some efficiency to studio work. Admittedly, I’m personally a creature of habit, and tend not to take full advantage of this aspect of the KKS.

Beyond the displays, one of the nicer hardware additions to the Mk2 series over the Mk1 is a new multifunction knob, along with physical pitch and mod wheels. The knob makes navigating the menus of the screen interface as intuitive as possible (without going to touch screens, I suppose), while the new wheels have a smooth, rubberized enjoyable feel and action — probably the nicest pitch/mod implementation I’ve seen on a MIDI keyboard.

Finally, while I’m not a user of the software, it is worth mentioning that the KKS keyboards also provide support for Maschine, Native’s beat-making platform. Maschine has its own dedicated hardware series, and the KKS Mk2 is designed to pair up nicely with Maschine hardware, although I was not able to evaluate this angle for this review.

Conclusions: Native Instruments has proven the value of tightly integrating software and hardware, both with their Traktor DJ solutions, and in the studio with Komplete and Komplete Kontrol. As I said at the outset, you can use each alone; but while any of the versions of the Komplete collection has great value without a Komplete Kontrol S-Series keyboard, I’m not sure the reverse is quite so true. Regardless, I can attest that tapping into the Komplete software is a ton easier with the KKS, especially the newer Mk2 versions. And the hardware itself? It’s a joy to use. A great keyboard, coupled with appropriate buttons and knobs, sexy color displays, and a top-notch user experience make the KKS Mk2 a virtual must-have accessory for Komplete library users. Meanwhile, the KKS Mk1, in the 88-key version, provides an unparalleled platform for those looking for the feel of a hammer-action keyboard — albeit with a simplified version of the KKS interface compared to the new, expanded version in the Mk2 series. But regardless, all are, simply put, a delight to use. 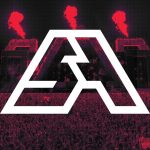 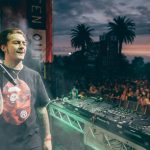