I’ve been a fan of Rob Papen’s virtual synths for years, having had a chance to play around on the original version of BLUE. Somehow, however, I missed the original SubBoomBass soft synth. Nonetheless, SubBoomBass 2 sports an updated GUI, a whopping 1,900 new presets, and several other important features that will be highlighted in this review.

What Else Is New: SubBoomBass 2 maintains the gold-colored UI, but now has an XY pad, which can control a host of assignable parameters like filter cutoff and effects. Pad movements are even recordable, resulting in some fantastic rhythmic patterns. Two new string oscillators and a host of new waveforms (i.e. bass guitars, xylophone, talkbox, etc.) are included, vastly expanding the sonic options from the original SubBoomBass.

And, if that’s not all, Karplus-Strong string synthesis has been added, which is a method of physical modelling synthesis that loops a short waveform through a filtered delay line to simulate the sound of a hammered or plucked string or some types of percussion. Nice.

The new Bank Manager has a star feature, so that favorite sounds can be marked and easily found. The sounds in SubBoomBass 2 are fantastic and, weeks later, I still haven’t made it through all 1,900 presets! The UI is extremely easy to navigate and I love both the XY pad and the updated step sequencer.

The step sequencer now has a pattern mode, which allows up to four sequences to run simultaneously. For me, step sequencers can add movement and dynamics in a different way than playing a part and quantizing it.

More Upsides: The timing of this review was very fortuitous, as I was working on a bunch of hip-hop tracks that needed good sub-bass sounds. What I noticed about SubBoomBass 2’s sounds are that, while they cater largely to the sub frequencies, they don’t overload the low end. There was very little to do to glue the sounds into my mix. For me, that’s the sign of great sound design.

The Sequence Presets folder has a nice collection of patterns and, within most sequence presets, there are multiple patterns (Seq A, B, C, D), which are selectable via the Play Mode drop-down menu. Working the XY pad and adjusting the filter cutoff on the sequence patterns resulted in some very interesting sounds!

Conclusions: As I have stated in many reviews, I am a bit of a synth-bass addict, and I’m still not sure why the original SubBoomBass wasn’t in my arsenal of VSTs. Better late than never, I suppose.

That said, producers and remixers of all stripes should get tons of use out of this plug-in. If you are upgrading from Rob Papen’s original SubBoomBass, the price is $39 – and $99 if you are a new user. Also, SubBoomBass 2 is included in eXplorer4, the latest incarnation of Rob Papen’s all-encompassing software bundle, so owners of that bundle can download the SubBoomBass 2 installer for free. 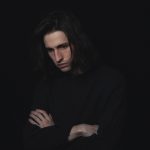 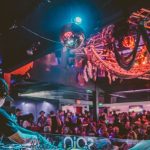