More information has surfaced regarding Dada Life highly anticipated follow to 2012’s The Rules of Dada coming in the best way possible, a new single off their forthcoming album, Our Nation.

Their latest isn’t your tradition, explosive party anthem, instead Olof Cornéer and Stefan Engblom tone things down a bit with a groovy, acid-tinged production that goes by the name “Higher Than The Sun.”

“It feels so great to release the new single from our upcoming album. It’s a bit different from everything we’ve done before. It has those classic sounds we love, but used in new ways,” says Cornéer.

“We wanted to make something that both sounds like it could have been made 1987 in the classic house era as well as being completely new. It’s our vision of dance music in 2018. It’s maybe a little bit softer than what we’re known for. But don’t worry, the album will have crash-into-the-wall-with-a-smile-on-your-face-bangers too!”

Take a listen to “Higher Than The Sun” and keep an eye out for Our Nation dropping May 4th. 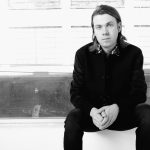 Bingo Players Teams Up With Goshfather For “Everybody” 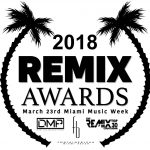 The Remix Awards Return To MMW For Third Annual Event