Crankdat is back with a vengeance! After unloading a bevy of original singles and a handful of collaborations, the Ohio native had decided to return to his roots reviving his beloved “re-crank” series that catapulted him into the spotlight.

After taking on three tracks from Travis Scott’s Astroworld album, he has decided to keep his hot streak alive taking on the biggest track in the world of hip-hop, Sheck Wes’ viral hit, “Mo Bamba.”

Giving the party anthem a lethal dose of bass, Crankdat proves that while it had been almost a year since his last “re-crank,” he certainly hasn’t lost his touch.

Take a listen to this blistering rendition of “Mo Bamba” below. 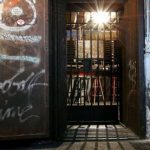