Joaquin Torres first entered the public light as a television actor, soap star and performed on the Latin American version of Dancing With The Stars.  He’s also made numerous appearances on late night television, morning shows and on Puerto Rican MTV.

“Desudame” opens another door as showcases his love for music. He learned to play the guitar at the age of 15 and soon he was writing his own material. When he was 18, Joaquin Torres enrolled in a conservatory acting program after earning a scholarship. This catapulted him to household name status in the Latin American markets and he continues commuting between those markets and his native California.

“It was exciting to achieve success at an early age, but I always felt I was holding something back that was very important to my soul. I needed to do my own thing.”

Joaquin is now dedicating his career to mining the dark wave musical aesthetic within him. His body of work wrestles with spirituality, heartache and existential angst. His lyrics are poetic and expressively raw, made even more potent by his stirring vocals, a mix of guttural longing and bittersweet low-register melodicism.

“Desnudame” is the first single to be released in the USA from his forthcoming album (date TBD). The song was produced by Aldo Muñoz and Torres delivers with honesty and passion.

“I’m looking forward to getting this music out to the world.  It gives my life so much meaning. It’s the reason I’m still here. I’m ready to give this new era in my career everything I have.”

Joaquin Torres makes a bold move in his career by releasing the music that lives in his heart and in his head. His fiery emotion is a fresh signature sound for a world-class performer. 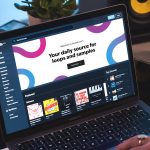