After her weekly HYPERHOUSE radio show on Apple Music’s Beats1 came to an end for Dance Chart Beats 1, fans were curious if Anna Lunoe‘s beloved show would be making its return. Well, in true Lunoe fashion, she’s decided to go bigger and better than ever!

Last week Lunoe hosted a live stream that turned out to be the world debut of her new HYPERHOUSE livestream series where she has completely reinvented the previously radio driven format.

Featuring a special guest mix by Noizu, an appearance by Born Dirty and a mini-mix by the HH queen herself, this stream marks the first of an ongoing series that will feature surprise guests, interviews and mixes by Anna.

Check out the debut HYPERHOUSE livestream below and stay tuned for more livestreams coming soon…..real soon. 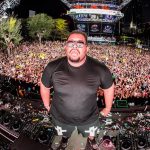 Carnage Steps Away From Music Focusing on Mental & Physical Health 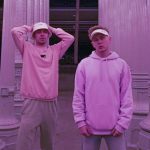