After being forced out of their beloved Bayfront Park location in Miami with the Miami Commission unanimously voted down the contract, Ultra Music Festival eyed Virginia Key as their new home, but Mayor-Elect Mike Davey and the Village of Key Biscayne don’t seem to thrilled about the proposal.

Over the weekend, the Mayor-Elect released a misleading fueled by false information serving as propaganda against the festival but Ultra Music Festival was quick to respond.

“It is deeply regrettable that Mayor-Elect, Mike Davey and the Village of Key Biscayne have elected to publish statements that are knowingly false and misleading rather than to first seek to collaborate with either Ultra representatives or its City of Miami partners (if for no other purpose but to gather accurate facts and to gain an understanding of Ultra’s commitment and obligations respecting, traffic mitigation and environmental and historical preservation planning). By opting to instead circulate what appears to be primarily stock photos (unrelated to Ultra) featuring used needles, polluted shorelines, traffic gridlock, by falsely and intentionally reporting that potentially hundreds of thousands of attendees will be converging on the Rickenbacker Causeway and by falsely stating that City of Miami had purportedly evicted Ultra for environmental destruction, increased alcohol and drug-related violence, safety risks and by reporting other untruths is blatantly disreputable. The offending publication(s) by Mayor-Elect, Mike Davey and the Village of Key Biscayne is patently false and inaccurate, and was made with reckless disregard of the truth. “It unfairly disparages our brand and potentially criminalizes our patrons” says Ray Martinez, Ultra’s spokesperson. The publications made by the Mayor-Elect are believed to be defamatory, as are the horrendous images that were published in an effort to purportedly inflame and scare residents and stakeholders. Ultra condemns this conduct and cautions that such leadership is irresponsible and wrongful on multiple factual and legal grounds including that the disturbing images were not associated with the Ultra Music Festival brand.

Event organizers of Ultra Music Festival are experienced and responsible promoters, which intends to fulfill its commitment to produce a safe and enjoyable event.

Because of the cultural and historic significance of Historic Virginia Key Beach Park and given the unique environmental considerations associated with the park, event organizers, from the inception, always intended to take extraordinarily great care in its production and remediation approaches. Event organizers always agreed that staging an event at Virginia Key meant becoming the entrusted stewards of the environmental and historic elements of Historic Virginia Key Beach Park and Ultra takes that potential responsibility very seriously.

Event organizers have expended substantial resources in sourcing and consulting with leading experts, engineers, scientists and other professionals in areas of traffic mitigation, logistics, safety and security, land remediation, wildlife and marine conservation and others from environmental communities.

During this process, Ultra voluntarily undertook environmental commitments long before the City of Miami and Historic Virginia Key Beach Park Trust partners formally proposed similar initiatives. Ultra has also worked in good faith to earn the support and trust of the City Manager’s office and of local environmental stakeholders with whom event organizers share a common vision—, namely,to protect the City of Miami’s coastline, oceans, beaches, mangroves, endangered and threatened species and to ultimately reduce the overall environmental footprint. Some specific initiatives include the reduction of single-use plastics (with the goal of eventual elimination), restricted beach access to event patrons, eliminating styrofoam products and plastics straws, eliminating the use of balloons, utilizing meaningful recycling options, solid waste sorting, avoiding turtle nesting season, adopting awareness programs, among others. Ultra is pleased to have earned the trust and support of its City partners, including the support of Virginia Key Beach Park Trust stakeholders who stated that while “[t]he Ultra Music Festival carries some controversies … [it] represents a potential opportunity to advance the Trust’s master plan and mission … .”—Guy Forchion, Executive Director, Historic Virginia Key Beach Park Trust. Ultra looks forward to keeping the trust of the City of Miami and Virginia Key Beach Park Trust partners and invites an open-minded and good-faith dialogue with Mayor-Elect, Mike Davey and / or with other representatives of the Village of Key Biscayne administration to address their concerns.” 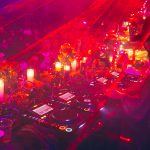 Serge Devant Reflects on a Successful Get Lost Mexico City 2018 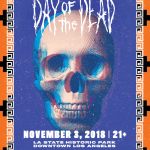 Whethan Continues To Impress With “Life of a Wallflower Vol. 1” EP