Axel Boman’s playful, avant-garde world is an infectious one. The Swedish DJ/producer galvanizes dancefloors with his melodic odysseys and a boisterous brand of house music that pushes twisted samples, brash, analog synths, and left-field moments. But that’s how it’s been since 2010 when he broke big with the wonderfully blurry house cut, “Purple Drank.”

Studio Barnhus, the label he runs with fellow pranksters Kornél Kovács and Pedrodollar, is reimagining underground sounds with an experimental approach that can be heard most recently on the imprint’s inaugural compilation, Volym 1. The 19-track offering features tunes from the likes of Boman’s early champion DJ Koze, collaborator Adrian Lux, and even John Talabot, who also teams up with Boman in one of the more acclaimed DJ duos of the moment, Talaboman.

We caught up with the Studio Barnhus flag-bearer in Portugal this past fall before his performance at Lisbon nightspot LuxFrágil.

DJ Times: How did you choose the 19 tracks for the Volym 1 comp?

Boman: A lot of it was by chance. There was this track by DJ Koze that we really wanted to include, a collaboration he did with Jackmate. I thought the track was so good and hadn’t been released before, and I had been mailing him [Koze] for years asking for it. Finally, he just wrote me back and said, “What if I give you a new original track [‘Hawaiian Souldier’] I just wrote?” And it’s absolutely perfect for the compilation. 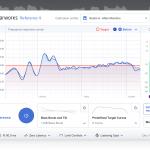 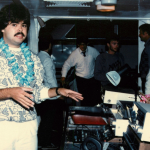 30 Years of Ch-Ch-Changes in the DJ Biz