Adding to what is already storied career which has spanned over two decades, today Josh Wink delivers 300th release on his very own Ovum Recordings label.

Coming in the form of “Aries in Mars,” his latest single arrives just before we enter a year of celebrations in 2019 with Ovum Recordings 25th anniversary at the summit of underground music in 2018.

“Aries In Mars” was influenced by his partner’s astrological observation, “when playing the record for the family at home, my partner stopped what she was doing and started dancing,” explains Wink. “Afterwards she told me how strongly she felt about the track and commented about how it seemed like it was based on my astrological sign of my ruling planet Mars being in my Aries,” as Josh goes on to explain.

“The track had this strong, powerful, fiery and fierce fast paced animalistic passion. So I went into the studio the next day and added the vocal, switching the two as it had a better rhythmic flow.”

Take a listen to “Aries In Mars” below. 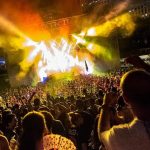 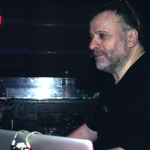