Becoming quite the familiar face over the past year consistently popping up with releases on esteemed imprints such as Bar 25 Music and Flying Circus, Barcelona’s Squire has quickly emerged as one of the most promising fresh faces electronic music has to offer.

With his No Returns EP set to be released in early January and a trip to the Dominican Republic to play Electric Paradise on the horizon, we decided to chat with Spanish talent to discuss the present, past and future!

DJ Times: First off, how did Squire become to be your artist name?
Squire: Hi! Thanks for the interview firstly! Squire started about 7 years ago and the name came up because it’s my second last name in Spanish “ Escudero” means Squire translated into English. I thought it was a good idea to get this name as its related to me and its short and I like it.

DJ Times: When were you first introduced to the world of electronic music?
Squire: It was in 2005 when all my friends from Eivissa started to play music and one of them founded a popular radio station nowadays called Ibiza Global Radio. At that time I couldn’t get into clubs so the only way I could listen to some of my favourite artists was on the radio… At that time, many of them were playing vinyl so lots of records were only released on vinyl. It was a really nice musical digging period for me and my friends who we used to meet at a basement at the weekends, and share and play music for fun… My first gig was at a gay club in Dalt Vila in Eivissa called Lolas and I will never ever forget that, but it wasn’t until 2009 that I started building my studio and learning about making music.

DJ Times: What is it that made you fall in love with the house and techno genres?
Squire: With music in general…jazz, classical music, ambient, new age, house, techno..I see this as a living magical feeling which you can’t describe it as good or bad, it is something else…something that you feel or you don’t…and it’s universal. You have infinite ways to move and to go and to experiment with no ending. I feel like making House and Techno music at the moment because I love dancing and raving of course but I’m sure I’ll be into something else in the future as long as there is a strong message behind telling a beautiful story.

DJ Times: You’ve got your No Returns EP on Kindisch dropping to kickoff 2019, tell us a little about the production process behind your latest body of work.
Squire: This upcoming record has a mixture of everything I would say. A bit of experimental grooves and percussions, some romantic melodies and of course the atmospheres around. I’m trying to challenge myself on every track I’m working on…sometimes it doesnt really work, sometimes I find some pontential on doing something nice…but the process has to be fun and mysterious.. It cant be a predictable pattern of the same kind of way of doing and designing things…It has to be dynamic and I try to test /error/learn as much as I can on every writing…every new sample I record or every new instrument I play…

DJ Times: In the studio and onstage, what gear and programs do you use?
Squire: I use Ableton Live in the studio and on the road. I guess it’s the most straight forward way to come up with something that can light your ideas up. I have some analog stuff but everyday I’m using more plug ins as they’re actually sounding amazing…Really enjoying the Arturia Collection of synths, I use them a lot too! I’m using the UAD plug ins for audio processing and a summer mixer from Thermionic Culture to add some colour on certain instruments or even eq them externally too. Some acoustic guitars and fx pedals too. I enjoy when you can touch and feel the sound, modulate and change a frequency with your own hands.

DJ Times: You’ll be spending some time in the Dominican Republic at the end of the month for Electric Paradise, how excited are you be playing a star-studded festival of this caliber?
Squire: It’s nice! I’m really excited to go. It’s my first time playing there…I’ve actually been playing less lately as I’ve been working a lot in the studio, but of course going to the Caribbean is great and I can’t wait to play some tunes by the sunshine.

DJ Times: With 2019 right around the corner, what can fans expect from Squire in the new year?
Squire: A lot is coming up for 2019, I don’t think I will be releasing as much music as last year but I will certainly release my very best and a new fresher and more developed version of myself which I’m really looking forward to. As per DJ shows, I don’t know yet as I would like to concentrate more on my music and then we’ll take it from there. See you soon!! 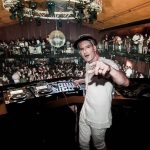 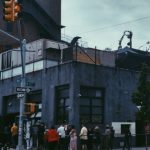