Throughout the year, The Chainsmokers unveiled a slew of new tracks with their latest offering “Hope” serving has the final piece to their Sick Boy puzzle rounding out the sophomore album as track number ten.

Coming as the follow-up to their debut album, Memories… Do Not Open which was released in 2017; the duo has completely redeemed themselves with an impressive body of work that encompasses everything they represent as producers.

With a bevy of radio-friendly gems like “Sick Boy,” “Everybody Hates Me,” and “You Owe Me” in addition to sprinkling a couple of festival favorites including “Siren” with Aazar and “Save Yourself” with bass juggernaut, NGHTMRE, this album has a little of something for everyone.

Whether you’ve been rocking with Alex and Drew since their indie electronic remixes dominated Soundcloud or hopped on the wagon after dominating the radio with “Don’t Let Me Down” or “Closer,” Sick Boy delivers on all cylinders.

Take a listen to The Chainsmokers’ latest body of work in full below. 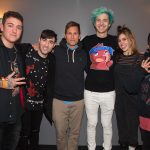 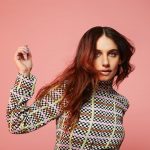