2019 marks the beginning of a new chapter for Patrick Topping who has announced that he will be launching his own record label, TRICK, with its debut release coming February 15th.

Looking to make a lasting first impression, his newly launched imprint will kick things off with a new EP from Patrick featuring three original tracks which will go by the name of Watch What Ya Doing which will display the British talent’s new style as a producer entering the darker realm of darker techno.

TRICK will be a platform for him to showcase his versatility as a producer in addition to releases from emerging talent which he has been pushing in his DJ sets.

Stay tuned for more information regarding Patrick’s new label in the coming weeks. 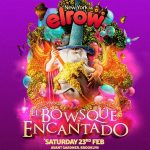 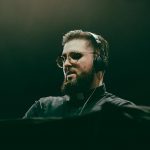 Tchami Shares News Of Intimate “Ghosts: Back To The Origins” Tour